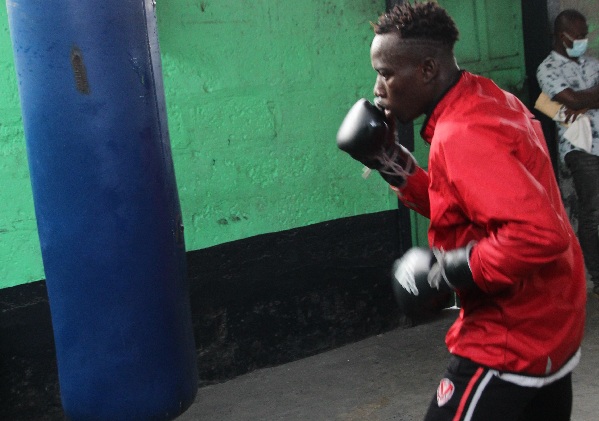 National featherweight champion, John Laryea, has predicted a knockout win over undefeated Alfred Lamptey as he seeks to defend his title against him later this year.

Laryea, who has accepted the challenge to defend his belt against Lamptey, expressed his readiness to silence his opponent in the ring on the D-day.

The rivalry between the duo intensified following Lamptey’s open challenge in the Graphic Sports, vowing to destroy Laryea in their upcoming national championship bout.

In his response, however, Laryea called on promoters in the country to ensure the fight happened so he could teach his opponent a boxing lesson.

“There is no way Alfred Lamptey can beat me,” Laryea declared in an interview with the Graphic Sports.

“I accept his challenge and I am ready to fight him before the year ends.

“It will end in a knockout win for me and I can’t wait for that day to put an end to his challenge. I will teach him a boxing lesson that he will never forget,” Laryea emphasised.

Laryea won his last three bouts via knockouts, with the last one being a third round stoppage of Kamarudeen Boyefio on March 6.

On the same card, Lamptey also knocked out George Krampah in the fourth round in a final title eliminator for the national title.