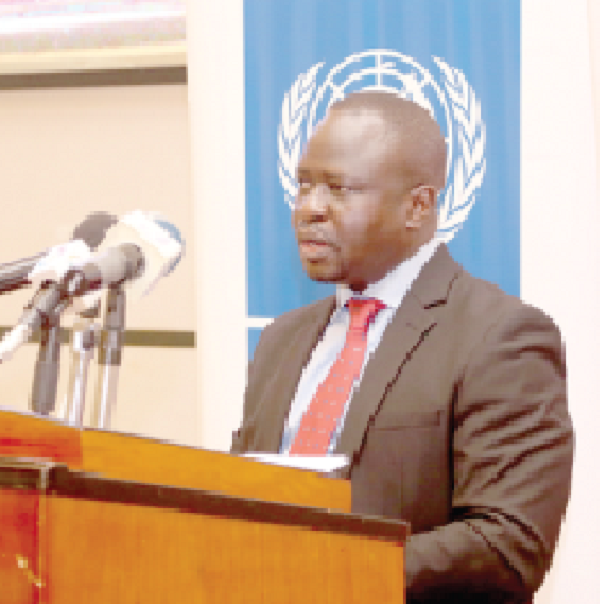 The Government Statistician, Professor Samuel Kobina Annim, has stressed the need for Parliament to rely on credible data to perform its oversight responsibility functions for the benefit of the citizenry.

He said the use of credible data would not only strengthen Parliament's oversight responsibility to enhance accountability but would also help the legislative body to ensure the formulation of good policies and laws for the socio-economic development of the country.

Prof Annim said this in Accra yesterday to launch five new constituency reports under the Data for Accountability Project (DAP) and to commemorate this year's African Statistics week celebrations.

The celebration, which was on the theme " Modernising national statistical systems to support socio-cultural development in Africa", sought to highlight the need for all national institutions to use credible and reliable data in decision making for the good of their citizens and the development of their countries.

The African Statistics Day is celebrated on November 18, each year, to raise awareness about the important role statistics play in all aspects of social and economic life of Africa.

On the other hand, the constituency profiles are reports created using time-series data for a specific geographical area with information spanning health, education and district budget allocation.

The reports were generated under the DAP which is being implemented by the African Centre for Parliamentary Affairs ( ACEPA), Ghana Statistical Service ( GSS) and INASP, with funding from the Hewlett Foundation.

DAP is a two-year project that seeks to enhance the use of evidence in Parliament, specifically towards improving the capacity of Ghana's Parliament for monitoring the country's progress on the Sustainable Development Goals ( SDGs).

The constituency reports, a survey conducted in five selected constituencies under the project, is to provide background or context to the development needs of constituencies for the Members of Parliament MPs) who represented them.

He stated that the data used for the survey already existed in the various ministries, and expressed the hope that the reports would help Parliament to appreciate the role that data played in local and national development and also the need to invest in data systems.

The Chief Director of the Ministry of Parliamentary Affairs, Dr Evans Aggrey Darko, said the project would enhance the capacity of parliamentarians to perform their functions and rely on statistical data to lobby for projects for their constituencies.

The Director of Research in Parliament, Mr Mohammed Nyagsi, who represented the Clerk of Parliament, said the role of Parliament was to oversee the delivery of public goods and services.

He said the capacity of the staff at the research department of Parliament would be built to help the various committees of Parliament in their work.

For her part, Dr Gifty Adika, who represented the Executive Director of ACEPA, Dr Rasheed Draman, said the project would deepen the collaboration between data users, producers and help MPs to have access to quality statistical data to improve on the living conditions of their constituents.

The National Democratic Congress (NDC) MP for Wa East, Dr Godfred Seidu Jasaw, whose constituency was also selected for the project, said the findings would enable him to seek assistance for about 311 of his constituents affected by flooding.