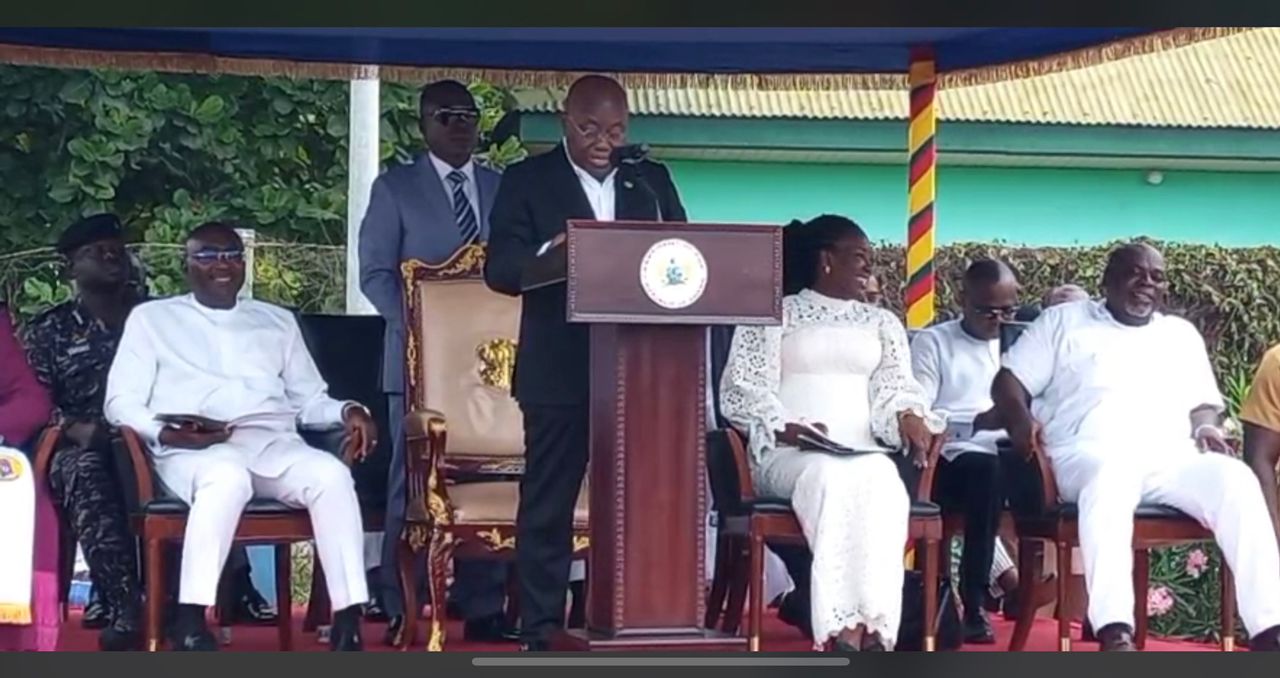 President Nana Addo Dankwa Akufo-Addo has stated that he was happy that the Asomdwee Park has been elevated to a status befitting the late President John Evans Atta-Mills.

On Sunday morning (July 24, 2022), a wreath laying ceremony for the late President Atta-Mills was held at the Asomdwee Park in Accra, where his remains were buried 10 years ago.

The government commissioned the refurbished Asomdwee Park to commemorate the 10th year of passing of late President Atta-Mills.

In his address, President Akufo-Addo said: "Sometime after becoming President, I became aware of the sad state of Asomdwee Park and in 2020, I received a request from the late President’s energetic Communications Director, Koku Anyidoho, who runs the institute named after the President [Atta-Mills Institute], for the assistance of government to rehabilitate the place [Asomdwee Park]."

"I agreed and subsequently instructed the Coastal Development Authority (CODA) to undertake a thorough rehabilitation of the park with the close cooperation of the Atta Mills Institute," President Akufo-Addo added.

He said it was not right that the park had been allowed to "deteriorate considerably" over the years since his [Atta-Mills] burial in 2012.

"But I am happy that it was under the Presidency of Nana Addo Dankwa Akufo-Addo, allegedly “his fiercest critic” that the Asomdwee Park is being elevated to a status befitting the final resting place of a President of the Republic of Ghana.

"I did so with that objective solely in mind, and not to exploit or take advantage of any so called divisions in the political party [NDC] to which he belonged. Those alleged divisions are not of my making, and do not in anyway inure to my benefit," President Akufo-Addo said.

Touching on the allegations of desecration of the tomb levelled by Samuel Atta-Mills, a brother of the late President and Member of Parliament for Komenda Edina Eguafo Abrem (KEEA) in the Central Region, President Akufo-Addo said "there have also been some unfortunate accusations leveled by some against government about the supposed desecration of the tomb of the late President in the process of rehabilitating the park."

"Nothing could be further from the truth, it is good to note that these false malicious statements have been firmly dispelled and debunked by the Coastal Development Authority through the agency of its Chief Executive Officer, Mr Jerry Ahmed Shaib in a public statement, under his hands."

"The commissioning of an intuitional structure by government should naturally be a joyous occasion and should illicit the display of pomp and pageantry in recognition of the feat achieved. But today’s event is not one of those occasions.

"Exactly 10 years ago a tragic incident occurred, one we had never witnessed and hope will never reoccur in our history, certainly not in our lifetime, the death of a sitting President in office, the death of the third President of the 4th Republic, Prof John Evans Atta-Mills."

The Presiding Bishop of the Methodist Church Ghana, Most Reverend Dr Paul Boafo in a message admonished Ghanaians to uphold the good traits of the late President Atta-Mills.

Wreaths were laid, the tombstone unveiled, trees planted and other activities as part of the 10th memorial.

The memorial in the morning was not attended by members of the National Democratic Congress (NDC), the political party to which late President Atta-Mills belonged.

The party had raised issues with the manner the renovation of the Asomdwee Park was done in collaboration with the Atta-Mills Institute headed by Koku Anyidoho.

The party had therefore planned to organise another memorial Sunday afternoon.