US court overturns $165m judgment debt against Univ of Ghana 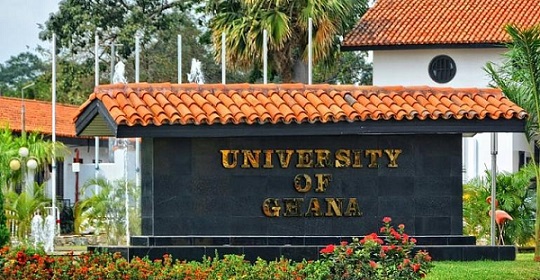 The United States District Court in the Southern District of New York has overturned a $165 million judgement debt against the University of Ghana (UG).

This followed a petition filed by ACE American Insurance Company (Chubb), an insurance company which took over recovery and interest rights from CPA Ghana, a company UG entered a partnership with in 2015, to embark on infrastructure projects on its campus.

The petition wanted the court to compel UG to pay the $165 million judgement debt to the insurance company for allegedly breaching its obligation under the partnership agreement with CPA Ghana.

But in a ruling, the court — presided over by Naomi Reice Buchwald — held that the petition praying the court to order UG to pay the judgement debt did not meet the threshold for determining the merit of the petition.

“For the foregoing reasons, the court grants UG’s motion to dismiss the petition for lack of personal jurisdiction,” the court ruled.

On September 15, 2015, UG entered into a public-private partnership with CPA Ghana.

Under the partnership, UG was supposed to lease land and grant a concession to CPA Ghana to finance, construct, operate and maintain various new infrastructure projects on its campus.

Again, under the partnership, when the agreement was terminated due to a default by UG, both parties were required to appoint an independent expert to determine the “termination value” of the contract.

The termination value estimated the net present value of the future rent revenue CPA Ghana expected to generate, and was to be calculated according to a predetermined formula.

CPA Ghana issued a notice of termination to UG after which the two parties commenced the “expert determination” process by submitting materials to a selected London-based expert to calculate the termination value.

Subsequently, the UG and CPA Ghana selected an arbitrator for the tribunal.

However, CPA Ghana maintained that UG had not satisfied the negotiation and mediation prerequisites to arbitration, and refused to permit the arbitration to move forward.

The UG, between the period of 2018 and 2022, submitted several correspondences to CPA Ghana, seeking to advance the arbitration but to no avail.

Amid the stalemate, CPA Ghana on October 11, 2019, assigned ACE American Insurance Company (Chubb) all rights of recovery and interests in the termination value award.

However, no payments on the termination value award were made, and the London arbitration could not progress.

However, UG, in a counter to the petition, argued that the motion be either dismissed for lack of personal jurisdiction, lack of subject matter jurisdiction and improper venue, or stayed the petition pending the ongoing arbitration between UG and CPA in London, United Kingdom.

The court, subsequently, dismissed the petition on the above grounds.

The court agreed with UG’s submission that it did not have jurisdiction over UG to compel the school to pay the judgement debt since there was an ongoing arbitration between UG and CPA in London, the agreed place for arbitration under the partnership agreement.

“Since the condition precedent to arbitration in New York has not occurred, the court cannot infer that UG has consented to personal jurisdiction here.

“Indeed, petitioner cites no apposite authority supporting its view that a court may infer consent to jurisdiction based on a contingent arbitration provision with an unsatisfied condition precedent.

“Thus, the court cannot exercise personal jurisdiction over UG on this basis,” the court ruled.