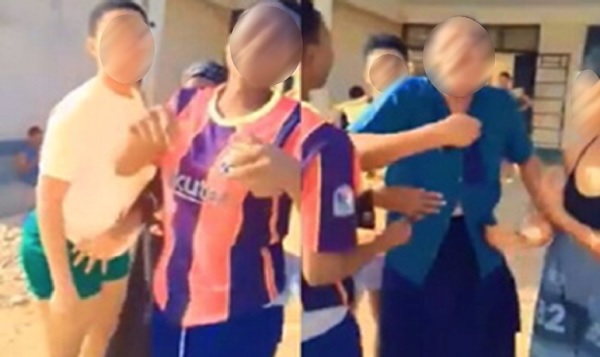 Ghana woke up one morning in the month of January 2023 to the news that some eight girls in Chiana have been dismissed from their school.

Why? Because they had mounted a verbal assault on the first gentleman of the land, using words described as unprintable.

Unfortunately, they videoed themselves in the act and the video went viral. But one may ask: Is this an uncommon behaviour in schools? The answer is “No.”

It is among forms of unwanted behaviours classified as “Pupil or student disruptive behaviour.”

The findings of a study conducted by some researchers from the Methodist University Ghana, of which the author of this article was part, showed that student disruptive behaviour existed in schools across the country.

These manifest as attitudes and behavioural tendencies which can have negative repercussions for teaching and learning.

Management of such attitudes and behaviours is necessary for the creation of a conducive environment, especially in the classroom, for learning.

Meanwhile, the task of managing disruptive behaviour is that of the teacher and it becomes daunting when the class is large as often found in public schools in Ghana.

The fact is that young people of the 21st century have a large exposure to electronic and printed media such as social media, video games, movies and the like.

As a result of this exposure, they tend to pick up and emulate some behaviours or ways of life such as the use of abusive language and verbal assault, fighting, bullying, telling of lies, insubordination to authority, and loitering, among others, which singularly or collectively amount to disruptive behaviour.

Unfortunately, most a student is naïve about these unwanted behaviours and unwittingly display them at the least opportunity.

In the research referred to earlier, when one male participant was asked whether he ever displayed a disruptive behaviour, he replied in the affirmative saying, “I like cracking jokes in class, and the teacher always tells me I am disturbing others from learning.”

Giving reasons for this behaviour, he stated that he does that when he finds the lesson boring, or if he cannot hear the teacher well.

A female participant also said, “sometimes, the non-conducive atmosphere in the classroom makes us misbehave during lessons and ask unnecessary questions.”

She added that at other times, they turned to disruptive behaviour when the teacher insults or punishes them for “small mistakes”.

A third participant mentioned that he pinched his mates and flies a paper jet in the classroom when he could not hear the teacher well or understand the lesson being taught.

A teacher, among the respondents, confirmed that quite often the disruptive behaviours show up when the classroom was too warm and not conducive for learning.

She added, however, that on majority of occasions pupils had no reason to misbehave, but they did that just to seek attention.

The teacher opined that “this may originate from the psychological state of the pupil and the environment they are coming from”.

The writer is a Chaplain/Lecturer, Methodist University College Ghana, Accra