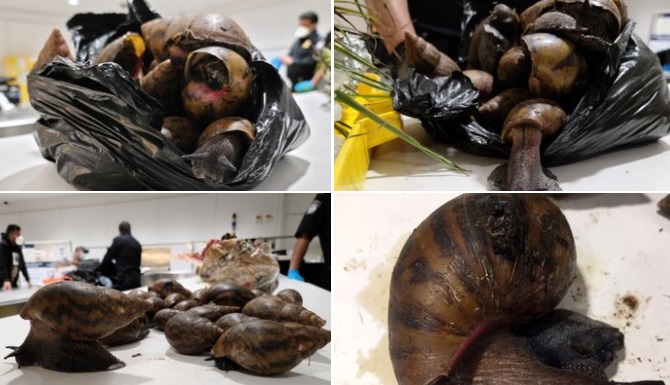 US Customs and Border Protection (CBP) seized 22 highly invasive Giant African Snails from the baggage of an American who arrived from Ghana at the John F. Kennedy International Airport on Sunday (April 4, 2021).

The CBP in a statement said the Giant African Snail is one of the most damaging snails in the world because it consumes at least 500 types of plants.

According to the U.S. Department of Agriculture (USDA) the snails also threatens U.S. agricultural resources and causes extensive damage to tropical and sub-tropical environments. It also causes structural damage to plaster and stucco structures. GAS reproduce quickly, producing about 1,200 eggs in a single year.

The statement added that the "highly invasive Giant African Snail also poses a serious health risk to humans because it carries a parasitic nematode that can lead to meningitis".

“Customs and Border Protection agriculture specialists are our nation’s frontline defenders against invasive plant and animal pests that threaten our agricultural resources, and they face this complex and challenging mission with extraordinary commitment and vigilance,” said Marty C. Raybon, Acting Director of Field Operations for CBP’s New York Field Office.

According to the USDA, the Giant African Snail (Lissachatina fulica) was first found in southern Florida in the 1960s, and it took 10 years and $1 million to eradicate it. It was reintroduced in Miami in September 2011. The USDA Animal and Plant Health Inspection Service, in partnership with the Florida Department of Agriculture and Consumer Services, is conducting a regulatory program to eradicate this invasive species. 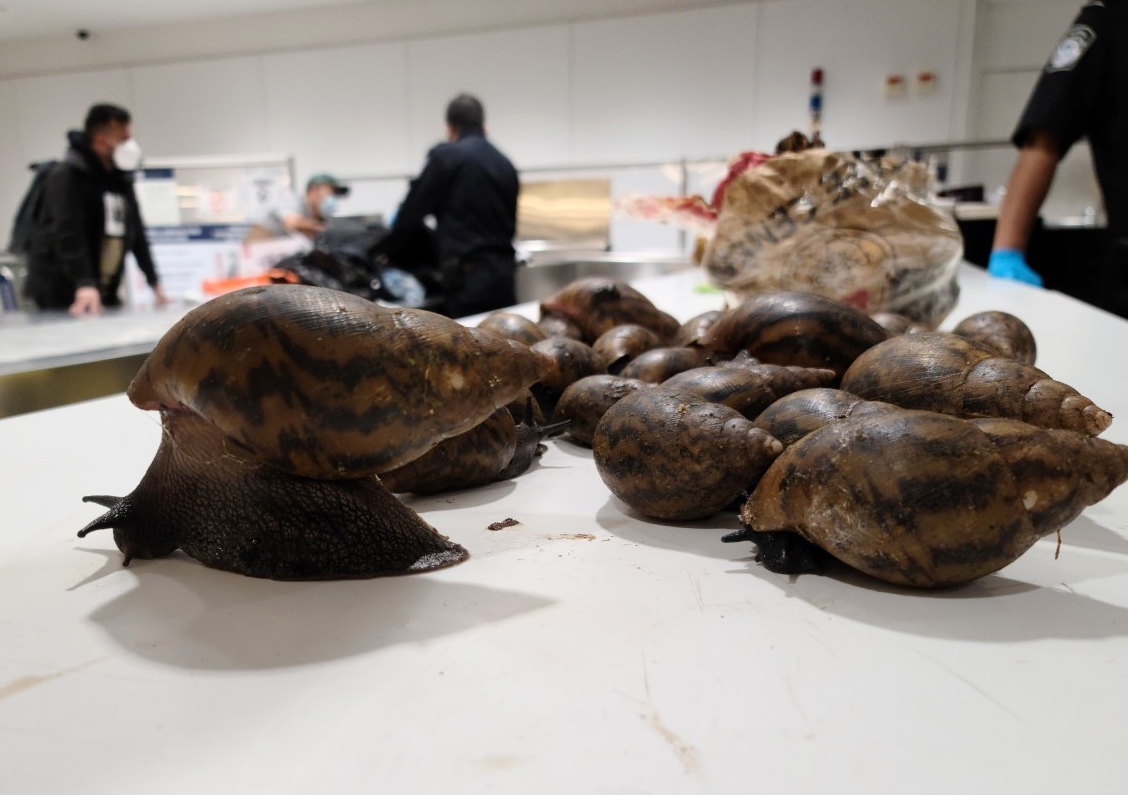 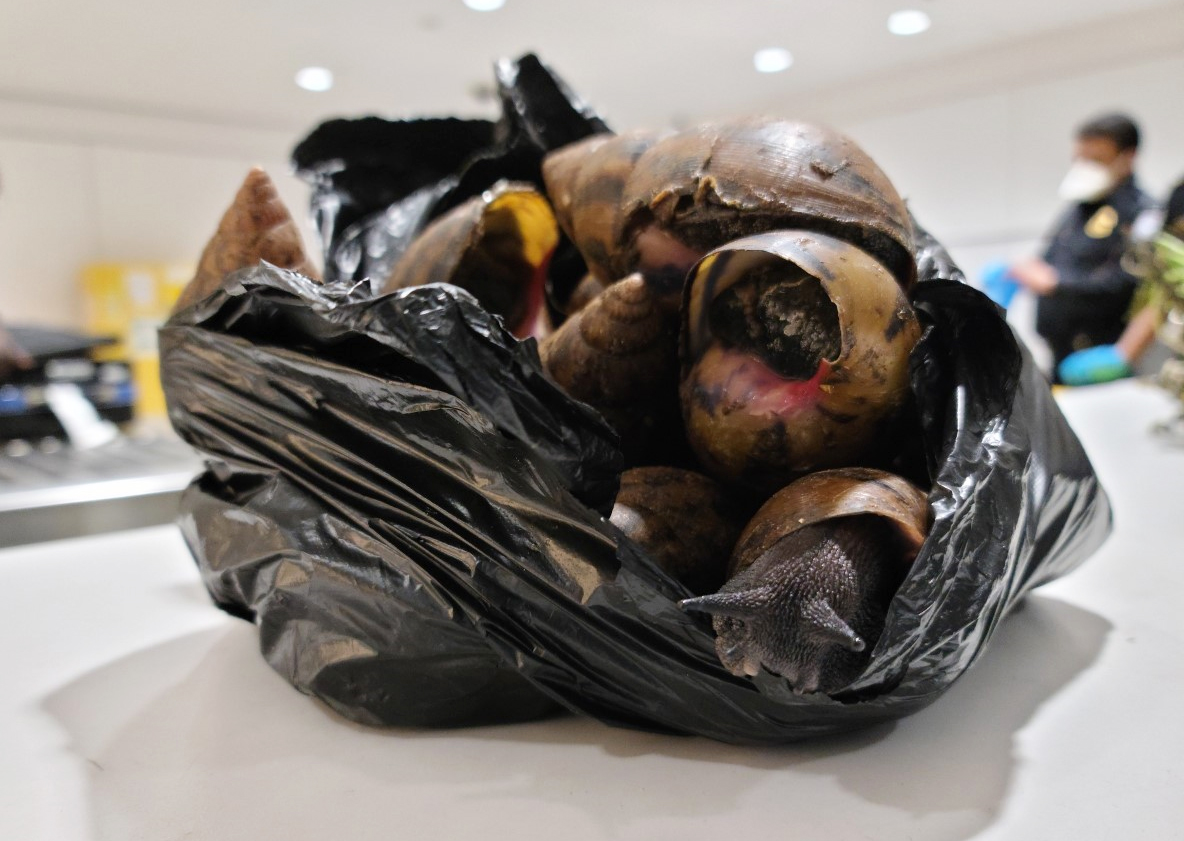 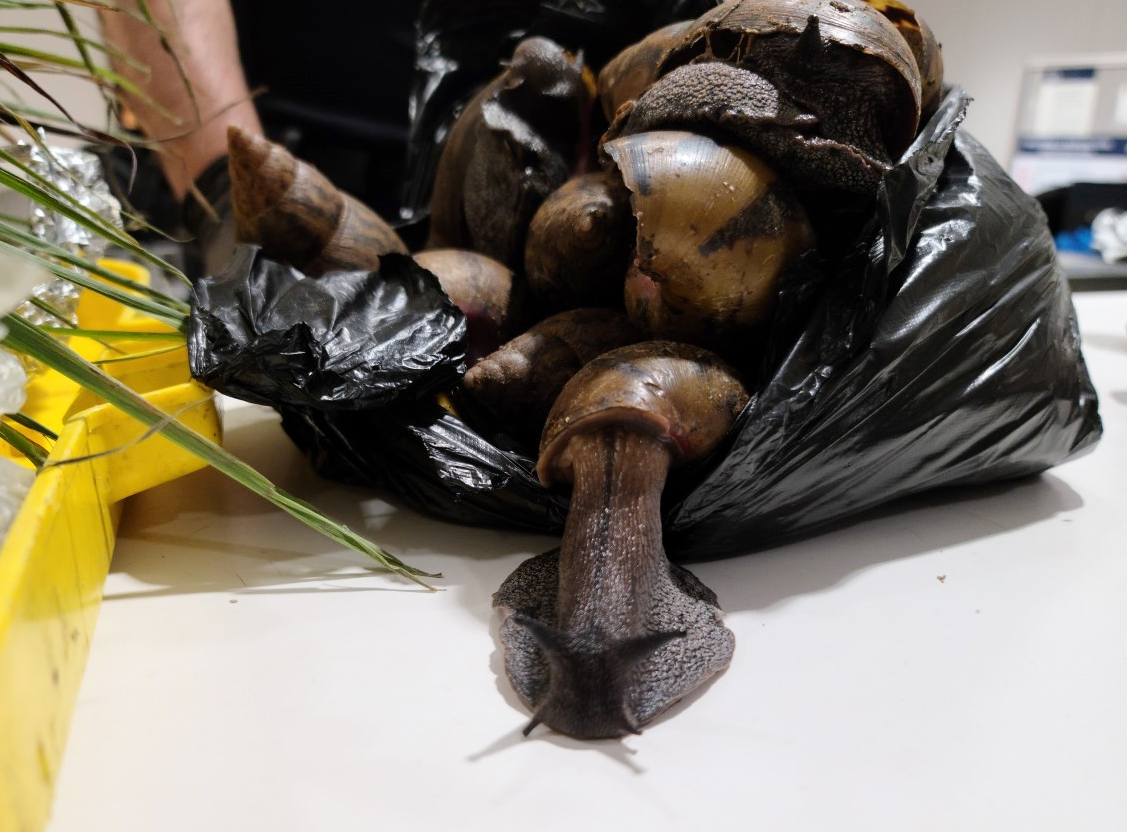