Interior Ministry denies Rev. Prof. Martey’s claim that he was consulted to be Chairman of NPC 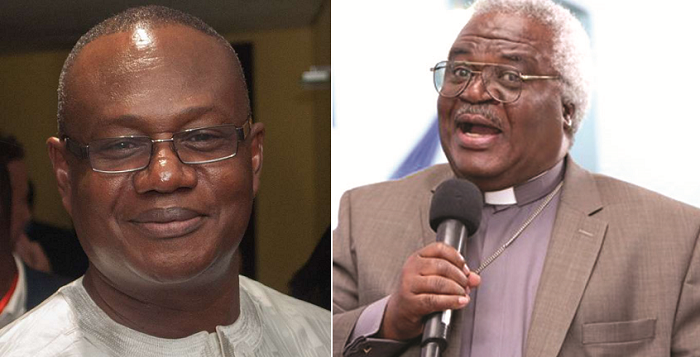 The Ministry of the Interior has denied claims that a deputy minister of state lobbied the outgoing Moderator of the Presbyterian Church of Ghana (PCG), Rev. Prof. Emmanuel Martey, to be the Chairman of the National Peace Council (NPC).

It said the ministry had followed with keen interest “wild allegations” by Rev. Prof. Martey on many media platforms to the effect that Mr James Agalga had, in consultation with Mr Bani, offered Rev. Prof. Martey the position of Chairman of the NPC.

“Honourable Agalga could not have lobbied Rev. Prof. Martey to take up the position of Chairman of the peace council in view of the fact that he is not clothed with such power in view of the law,” a statement signed by the Minister of the Interior, Mr Prosper Bani, and issued in Accra yesterday stated.

“According to Section 4 (2) and (3) of the National Peace Council Act, 2011, Act 818, the position of the chairperson of the peace council is elective; that is, only members of the board can elect one of their members as the chairperson,” it said.

It said by Act 818, members of the Board of the NPC were nominated by various religious bodies — two persons nominated by the President, two others nominated by identifiable groups and one representative of the National House of Chiefs.

Clarifying issues, the statement said Rev. Prof. Martey was nominated by the Christian Council of Ghana (CCG) as a member of the board in April 2016.

“Later, the ministry was informed by a letter from the Christian Council of Ghana, dated June 30, 2016 and addressed to the National Peace Council, of the decision to withdraw the nomination of Rev. Prof. Martey and the subsequent replacement by Rev. Dr. Adu Gyamfi,” it noted.

It concluded by assuring the public that “the National Peace Council is a credible institution constituted of highly respected eminent persons duly nominated and elected by due process provided by the Constitution of the Republic of Ghana”.

In an interview on Accra-based Joy FM, the Public Relations Officer of the PCG, Rev. Ezekiel George Larbi, said the matter was purely a CCG matter and not that of the Presbyterian Church.

He explained that Rev. Prof. Martey was appointed by the CCG and that any issue about his appointment should be directed at the council.

When asked whether Rev. Prof. Martey’s claim that he received a text message from Mr Agalga was true, Rev. Larbi said he could not tell, but gave an assurance that Rev. Prof. Martey would come out to clarify issues soon.