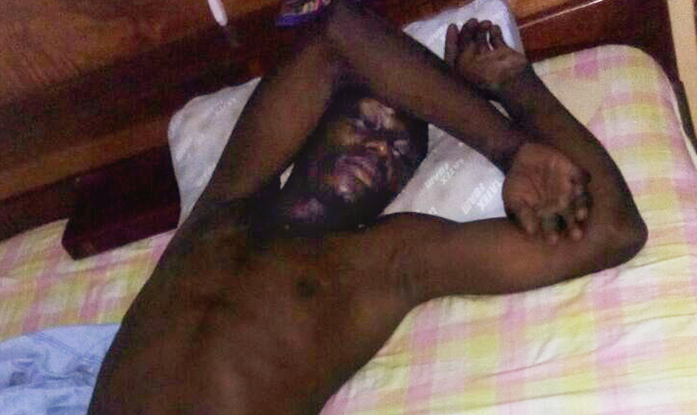 A 27-year-old suspected burglar is in the custody of the Asamankese Police in the Eastern Region after he was caught sleeping in the bedroom of a pastor of the Seventh-day Adventist  (SDA) Church.

The suspect, Richard Yeboah, was found deeply asleep on Pastor Asare Nyarko's matrimonial bed when he had allegedly broken into the room through the ceiling with the intent to steal the pastor's belongings.

Neighbours believed the suspect was arrested by the Holy Spirit.

According to Pastor Nyarko, he had left for church last Saturday morning with his family but when they returned at midnight, they noticed someone had broken into the house.

He told the Daily Graphic that he rushed to the Asamankese Police Station to lodge a complaint but the police did not immediately follow him to the house.

Pictures of the suspect

He said the police rather directed him to take pictures of the suspect to be used as evidence.

Pastor Nyarko said he went back to the house with some elders of his church and found the suspect deeply asleep in his bedroom.

"The man was fast asleep on my bed, to the extent that not even the noise we made could wake him up," he said.

He said they woke the suspect up and took him to the police station.

The Asamankese Divisional Police Commander, Superintendent Wisdom Akorli, told the Daily Graphic that the suspect would be arraigned soon.