Corrected: I said the police knew where the Takoradi girls are, and it gives us hope of saving them - CID boss 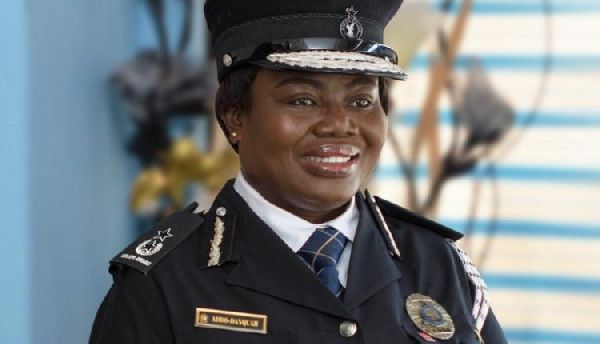 The Director-General of the Criminal Investigations Department of the Ghana Police Service, COP Maame Tiwaa Addo Danquah has explained that when she said that the police knew where the three kidnapped Takoradi girls were, she had explained that it gave the police hope of rescuing them.

According to her, the girls have not been found and that the police was working assiduously to locate them.

The CID boss at a press conference in Accra on April 2, 2019, had said the police knew where the three missing girls were and that the police would rescue them to enable the girls reunite with their families.

COP Maame Tiwaa Addo Danquah at the said press conference was quoted to have said: "We know where the girls are."

She added "It's taken us over three months to even identify where the ladies are, and what we don't want to do is do anything that will jeopardise the safety of that. So we are working very hard. All the stakeholders supposed to be on board are on board and hopefully, the girls will be brought back safe and sound."

In an audio recording played on Joy FM's midday news on Monday, May 13, 2019 however, the CID boss is heard saying in Twi that people had misconstrued her earlier statement that the police had found the three missing girls.

According to her, her earlier statement was to the effect that the discovery of the location of the girls gave hope to the security agencies of recovering the girls.

Many Ghanaians have criticised the police for their inability to rescue the kidnapped girls.

Meanwhile, the families of the three kidnapped girls have been accusing the police of playing with their emotions.

The man suspected to be behind the kidnappings, Samuel Udoetuk-Wills, who broke cell and escaped from the custody of the Takoradi Metropolitan Police Command on December 30, 2018, and was re-arrested by the police  on January 4, 2019 was on April 29, this year, sentenced to an 18-month jail term for escaping from lawful arrest.

Editor's Note: This story has been edited to reflect the CID boss' explanation that when she said the missing girls had been located, she had said that it gave the police hope of rescuing them. Our story had earlier claimed she had said the claim had aimed at giving hope to families of the girls. We apologise to the CID boss and to our readers for the mixup.