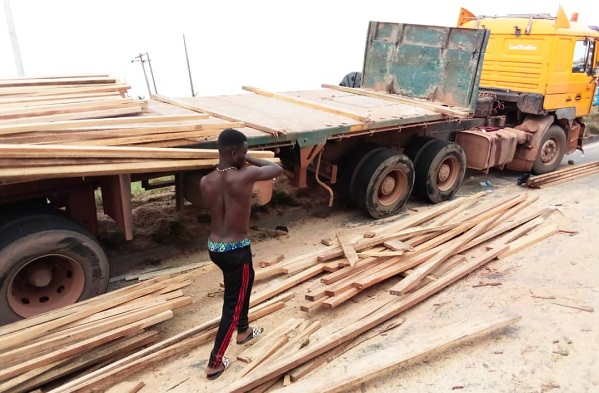 This followed an accident caused by an articulated truck in the morning.

The truck, filled with lumber got involved in an accident with another vehicle near the Ultimate Hotel at the New Bortianor Bus Stop, resulting in the pouring of the lumbers on to the tollbooths-SCC stretch.

The situation resulted in vehicles coming from Kasoa towards Accra driving on the side of the road meant for those coming from SCC to the tollbooth.

Graphic Online's Emmanuel Bonney reported that as of 3:30 pm the stretch was still chaotic as drivers made efforts to go through the traffic.

Police personnel were supervising the clearing of the road.