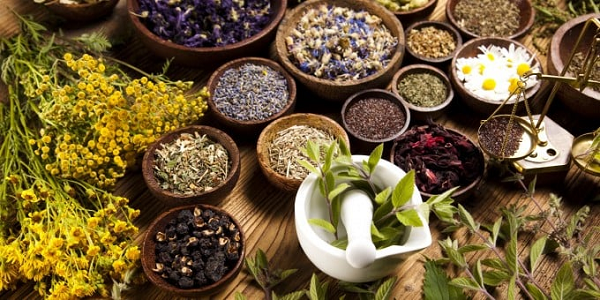 A study has proved that the negative perception of herbal medicine is not influencing its usage. It rather appears that educated people in Ghana have rather found solace in herbal medicine.

The joint study was by the University of Saarland, Germany, and the Kwame Nkrumah University of Science and Technology (KNUST). The researchers found that the more educated a person was, the more likely he/she was to take herbal medicine (https://www.myjoyonline.com/educated-persons-more-likely-to-take-herbal-medicine-research-reveals).

The scientists in the study sought to find out personal preferences and applications of anti-malarial medicines in Ghana. For the study, over 1,000 questionnaires were distributed in Ghana from January to May 2019.

“The higher the education, the higher the chances of choosing herbs. They didn’t care about the side effects or the cost,” Prof. Anto Berko of the Department of Pharmacy Practice said.

One of the collaborators, Prof. Jacob Claus of the University of Saarland, who was surprised at the findings, was worried about the likelihood of contamination and uncertainty of the active ingredients among others. He would have wished the citizenry relied on scientifically tested medications.


“It was a little bit surprising that many people would go for herbal medications,” he noted.

The scientists again observed that virtually all the respondents were influenced by advertisements through channels such as TV, radio and even billboards on the streets (99.9%). This was followed by friends’ recommendations, pharmacy prescriptions and drug peddlers.

“The level of advertisement is huge. In a day, you can have a lot of adverts. No matter your beliefs, if you’re being bombarded with a product, you’re likely to go for that product,” Prof. Berko said.

The Lead Scientist, Prince Yeboah of the University of Saarland, believed it was about time attention was paid to refining herbal products to ensure safety from their suspected disadvantages.

The herbal sector is a big source of revenue generation, and the use of herbal medicine has been on the increase in many developing and industrialised countries.

For instance, one study by Laelago et al. (2016) sought to assess the prevalence of herbal medicine use and associated factors among pregnant women attending antenatal clinics of public health facilities. The study found that 73.1% per cent of pregnant women used herbal medicine during their current pregnancies.

The confidence in herbal medicine and alternative remedies made some researchers believe that it had affected COVID-19 vaccine misinformation (Kempe et al. 2022). This means we are in an era where one cannot underestimate the herbal medicine practitioners’ influence in the healthcare sector.

Older adults, aged 65 and older, were a bit less likely than younger age groups to have used alternative medicine instead of conventional treatment (10 per cent have done so compared with 22 per cent each of those aged 18-49 and 50-64).

In conclusion, the studies are clear! Highly educated people are using herbal or alternative medicines. It is time for the government to look at the potential in this field. It is time for the universities to offer courses in this area to improve our healthcare delivery.

It is time for our medical schools to include herbal and alternative medicines into their curriculum to introduce medical students to them. The system is not waiting for anyone’s ignorance.

Herbal or alternative remedies have come to stay and are now part of us, and nothing can be done to stop them or pollute the highly educated people’s minds. I also call on the government to pass the Traditional and Alternative Medicine Bill.

The writer, professor of Naturopathic Healthcare/ president, Nyarkotey College of Holistic Medicine & Technology (NUCHMT)/ African Naturopathic Foundation, adheres to strict sourcing, studies and academic papers in his articles which are for educational purposes only and not medical advice for treatment.

E-mail: This email address is being protected from spambots. You need JavaScript enabled to view it..