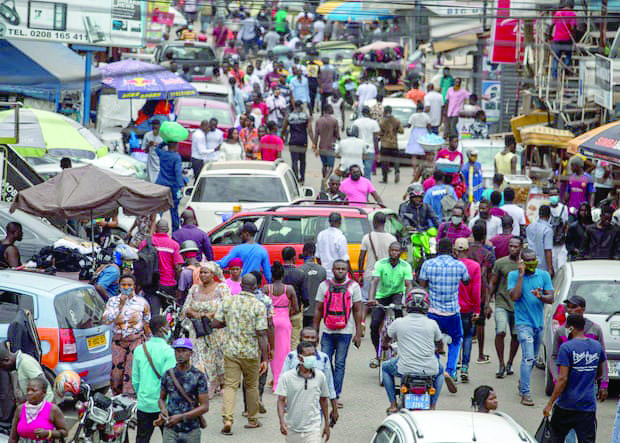 In a bid to shore up revenue and reduce external borrowing, Oxfam International has proposed to the government to impose more taxes on the wealthy and multinational corporations.

The Civil Society Organisation believes that such a move could serve as a solution to the revenue gap while addressing the problem of what it described as the inequalities created by the COVID-19 pandemic.

The proposal contained in a latest report by Oxfam on January 17, 2022, and dubbed “Inequality kills, highlighted the exceptional inequality heightened by the COVID-19 pandemic.

The report noted that all governments should immediately tax the gains made by the super rich during the pandemic period in order to claw back those resources and deploy them instead in helping the world.

“Claw back extreme wealth into the real economy to tackle inequality. For example, a 99 per cent one-off windfall tax on the COVID-19 wealth gains of the 10 richest men alone would generate $812 billion. This must evolve into implementing permanent progressive taxes on capital and wealth to fundamentally and radically reduce wealth inequality,” the report said.

It noted that those efforts must be accompanied by other fiscal measures, including rich countries channelling significant portions of their collective $400 billion worth of the International Monetary Fund (IMF) Special Drawing Rights to vulnerable economies in a way that is debt and conditionality-free,” the report said.

The report revealed that the widening economic, gender and racial inequalities—as well as the inequality that exists between countries—were tearing the world apart.

It argued that the current state of extreme inequality was a form of economic violence against the world’s poorest people and nations.

That, it said, was not by chance but choice, and that economic violence was perpetrated when structural policy choices were made for the richest and most powerful people.

“This causes direct harm to us all, and to the poorest people, women and girls, and racialised groups most. Inequality contributes to the death of at least one person every four seconds, but we can radically redesign our economies to be centred on equality. We can claw back extreme wealth through progressive taxation; invest in powerful, proven inequality-busting public measures; and boldly shift power in the economy and society,” it said.

According to the report, inequality negatively impacted on almost all aspects of human life, and on all hope for human progress.

Higher inequality, it said, begot more crime, less happiness, less trust and more violence and made the aim of banishing poverty from the world impossible.

The report found that the proportion of people with COVID-19 who died from the virus in developing countries was roughly double that in rich countries.

“All governments must invest in evidence-based and powerful policies to save lives and invest in our future. The legacy of the pandemic must be quality, publicly-funded, and publicly-delivered universal healthcare— nobody should ever have to pay a user fee again—and universal social protection that offers income security for all,” it said.

- Oxfam International’s Inequality Kills report states that economic inequality has cut the income of 99 per cent of the global population, and forced over 160 million more people into poverty

- Women, ethnic minorities and developing countries have been the hardest hit by growing inequality during the COVID-19 pandemic.

- Oxfam is an international confederation of 21 organisations that is working with its partners and allies to reach out to millions of people around the world.

- Together, they tackle inequalities to end poverty and injustice now and in the long term – for an equal future.