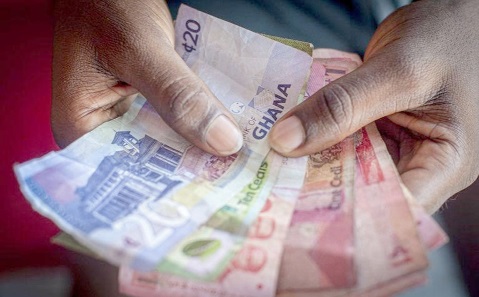 It is expected that the cedi will maintain its momentum
30.5k Shares

The Ghana cedi posted the world’s biggest gain against the United States dollar last week. Described as the worst performing currency in the world having lost more than 52 per cent of its value, the strongest level since October on a closing basis, the cedi advanced last Friday to GH¢12.9648 per dollar.

It rallied 9.6 per cent in the past five days, according to a Bloomberg report monitored by the Daily Graphic.

It said Ghana’s currency took the title of the world’s best performer against the dollar last week amid optimism the debt-distressed country was moving closer to unlocking an International Monetary Fund (IMF) bailout with a Staff Level Agreement by the close of the year.

“The cedi has rallied 10 per cent in the past five days, the biggest advance among about 150 currencies tracked by Bloomberg.

That’s a turnaround for an exchange rate that had lost half of its value this year and occupied the bottom slot in the charts,” it said.

It added that the gains came even as the country put its local-currency sovereign bonds in what Fitch Ratings described as a “default-like process,” and the holders of its dollar bonds braced for capital losses.

The restructuring, the report said, was needed to put Ghana’s debt on a sustainable path and secure a $3 billion IMF loan.
Bloomberg quoted the Global Chief Economist at Renaissance Capital Limited, London, Charles Robertson, as saying that; “The currency was the cheapest in Africa, more than 30 per cent undervalued versus its 25-year history last week, so some rebound after the huge fall recently isn’t that surprising.

“Also, we have the IMF in town, which should pave the way for dollar support”.

Investors are said to be returning to some of the riskiest corners of emerging markets amid the dollar’s biggest quarterly decline since 2010.

They are believed to be betting that “a Federal Reserve pivot to a less-hawkish monetary stance will continue to weigh on the greenback in the coming months”.

Optimism about the cedi “is a combination of a somewhat more hawkish central bank, some progress on the restructuring front and a bit of buying the news,” the Chief Economist at Gemcorp Capital Management Ltd, Simon Quijano-Evans, told Bloomberg in London.

The latest development around the local currency gains is at a time when the country has begun reorganising its domestic debt albeit with some major challenges.

While the government is racing against time to secure a Staff Level Agreement by the end of the year to unlock some $1.4 billion early next year, it is facing some major resistance from commercial banks, pension fund managers, insurance industry players and labour among others.