In an interview Fenyi’s trainer, Charles Quartey, attributed their success to their commitment to training, saying, his boxer had much to offer in his division.
“I am very happy for him, especially his commitment to be an outstanding boxer in future,” Quartey told the Daily Graphic.

“He has a lot to offer in the lightweight division, and I want boxers in the division to look out for him.” 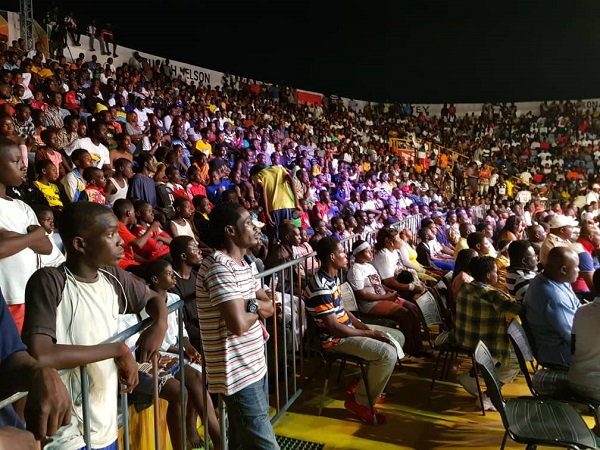 Last Saturday's Fight Night again recorded a massive turnout as fans were treated a night of entertaining bouts which have become associated with the league since its maiden night on February 19 this year.

Apart from the fights, boxer tuned musician Bukom Banku and Fatozia thrilled the spectators with some local songs in between fights.

In other bouts, debutant Yahaya Yusif of The Gym knocked out Benjamin Nii Sacka Bulley of Palm Springs in the second round (2 mins, 49 secs) of their six-round Super-middleweight bout to get his pro career off to a winning start.

Elvis Ahorga of Fit Square Gym also defeated Lesko Sissoya of Seconds Out Gym in their Super-welterweight six-rounder.
Azumah Mohammed of Sonia Gym defeated Amebler John of Sea View Gym in a lightweight clash with the judges scoring the fight 60-55, 59-55, 60-54 in favour of Mohammed.

Isaac Taylor of Akotoku Gym defeated Adam Hab Deen Salanon of Panix Gym in a Super-flyweight encounter, with the judges scoring the fight 60-55, 57-57, 59-57. 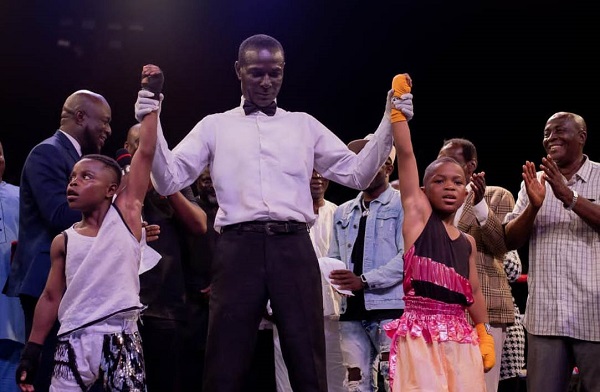 In the much talked about juvenile bout, promising youngster, Mohammed Ablorh proved a mouthful for Prince Larbie as he thrilled the crowd with some amazing ring craft and footwork.

The next fight night (Fight Night 5) comes off on Saturday, April 30 at the Bukom Boxing Arena and will be broadcast live on Max TV.