"Suicide is never the answer" - Mahama on economic challenges 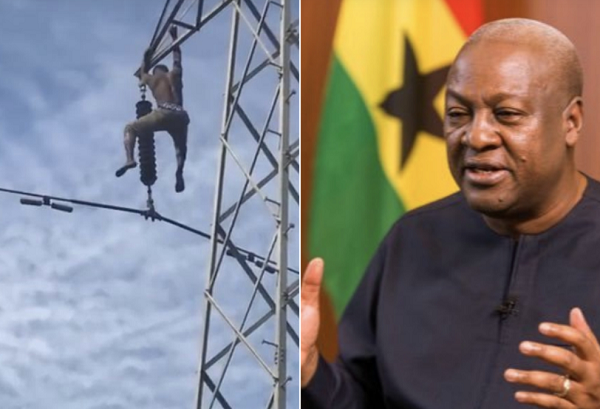 Former President John Dramani Mahama has urged Ghanaians to remain hopeful even in the face of economic hardship.

The former President in a post about the suicide of a man at Kasoa Galilea said suicide was not the answer to the economic challenges facing citizens.

The man was seen in a widely circulated video on social media climbing a high-voltage transmission pylon.

According to some eyewitnesses, he claimed he was tired of life before stepping on the transmission line and electrocuting himself.

The incident happened on Friday (October 14, 2022) and the man was later identified as Kofi Kakra, a 24-year-old bus conductor (trotro mate).


Galilea is located after the Kasoa toll booth on the way from Weija to Kasoa in the Ga South District of Greater Accra.

He said the "current levels of hardship in Ghana is dire and probably the worst we have ever experienced in the last three decades".

"I returned from a trip to hear the sad news of Kakra who killed himself by electrocution.

"The current levels of hardship in Ghana is dire and probably the worst we have ever experienced in the last three decades, but suicide is never the answer.

"Even in the darkest night, there will always come the dawn. The sun will rise again. Let's be each others keeper. Let’s keep hope alive!".