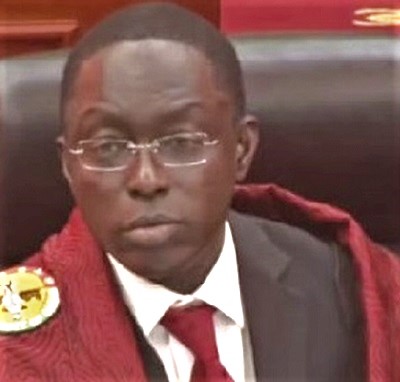 The Clerk to Parliament, Cyril Kwabena Nsiah, has urged the media to provide balanced and accurate reportage on matters relating to proceedings in Parliament.

He said in any parliamentary democracy, the media assumed the role of being the principal communication link between Parliament and the people; a reason practitioners must exercise circumspection and care in disseminating information.

“In fact, it is the media which conveys to the people the nature of the business transacted in Parliament, the substance of parliamentary legislation and discussion, thereby enhancing public perception of Parliament,” he said.

Addressing the opening of a two-day training workshop for the members of the Parliamentary Press Corps (PPC) at Prampram in Accra last Saturday, Mr Nsiah said the role of the press corps was crucial to the sustainability and growth of parliamentary democracy, particularly in the current dispensation where Parliament had a rather unique composition.

“Now more than ever, the tenets of our democratic credentials are being tested, and how we navigate this period and its associated complexities will determine how far we travel on the path of democracy and development as a nation,” he said.

The training, which was on the theme "A knowledgeable reporter as a promoter of multi-party parliamentary democracy", was aimed at building the capacity of the PPC members to report accurately on parliamentary proceedings.

The 35 participants were taken through topics such as the governance structure of Parliament, functions of Parliament, the near nature of the Eighth Parliament, quorum for conduct of business, as well as the cycle bills go through to become laws.

Mr Nsiah said although the media enjoyed freedom of the press, such freedom carried with it responsibilities that could not be absolute in a democracy or any organised human society.

“This freedom must be exercised with circumspection and care must be taken not to trample on the rights of other citizens or to jeopardise the public interest,” he said.

“That underscored why the PPC members must always endeavour to crosscheck their information before reporting on them because it will always be difficult to reverse inaccurate or false reportage once it was fed to the public, he said.

The Director of Public Affairs Department of Parliament, Kate Addo, assured members of the PPC of the commitment of the Parliament to build and maintain an effective and competent press corps to enhance parliamentary reporting.

The Dean of the PPC, Simon Agianab, said although the PPC was not expected to be the mouthpiece of Parliament, “we, however, owe it as a duty to help shape a positive perception of the institution among the general populace by shedding light on activities of the House”.