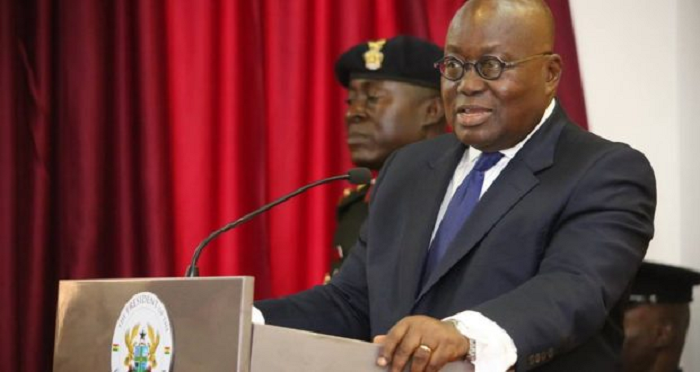 President Nana Addo Dankwa Akufo-Addo last Friday succeeded in getting the incumbent government and the opposition parties in Togo to put an end to all forms of actions that disturb the peace of that country and rather resort to dialogue to iron out any differences.

The parties in the Togolese political impasse, who were all fully represented at the dialogue, pledged their commitment to the dialogue process to ensure that normal life was restored for the people to go about their daily activities.

A communiqué issued and read by Ghana’s Minister of National Security, Mr Albert Kan-Dapaah, in Lome, said the meeting was characterised by frank exchanges as the two sides articulated their views on constitutional issues and also reviewed the appeasement and confidence-building measures.

According to Mr Kan-Dapaah, the parties agreed to reconvene on a date to be decided on.

President Akufo-Addo intervened and facilitated a dialogue for the first time since the outbreak of the political disturbances between the incumbent government and the opposition parties of Togo.

The first dialogue meeting was held on Monday, February 19, 2018 during which the Togolese government and the coalition of 14 opposition political parties agreed to implement a number of measures aimed at building trust and confidence among the political actors in Togo.

At the end of that meeting, President Akufo-Addo conveyed a number of decisions reached as part of measures aimed at “appeasement and confidence building”, which was captured in a communiqué.

That included the signing of a presidential pardon, dated February 19, 2018, for the release of 45 out of the 92 people detained in the country’s prisons as a result of their involvement in the demonstrations.

Also, the case of the seven persons who were imprisoned as a result of the 2013/2014 market fire riots would be brought before the court to consider an application for bail. The communiqué said “other prisoners in detention, as a result of their involvement in the demonstrations, would have their cases examined by the Togolese Judiciary to determine their fate after going into the merits of their individual cases.

Both parties also agreed to a suspension of demonstrations, pending the outcome of the dialogue.”

An issue that was raised by the Coalition of 14 Opposition Parties at the meeting was the need for the state to hold on to planned local and parliamentary elections and referendum until the dialogue had considered and taken decisions on the electoral and institutional reforms contained in the rules of procedure.

The meeting also examined issues related to the proposed return to the 1992 Constitution; various interventions were made on both sides.

That, the President said, was because “the national interest of Togo demands it and that has to be the overriding concern of everyone who participates in this dialogue.”

Those, he said, were the desires that the political actors assembled at the multi-party meeting were meant to fulfil.