VIDEO: Australian High Commissioner wonders why corruption is a problem in Ghana 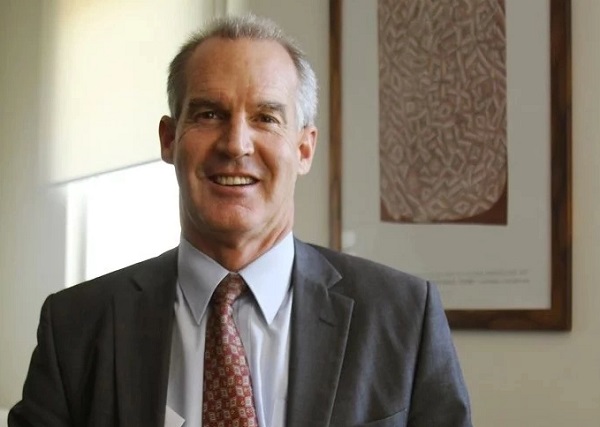 The Australian High Commissioner to Ghana, Mr Andrew Barnes says he is intrigued that corruption is a problem in Ghana given that the country is dominated by Christians.

Speaking at the launch of the strategic plan of the Ghana Anti-Corruption Coalition on Wednesday in Accra, Mr Barnes who is an atheist said corruption is not only illegal but against Christian teachings.

He said: ...For not only corruption is illegal, it is also immoral and clearly against Christian teachings. As an atheist, it intrigues me that for a strongly Christian country, corruption is such a problem in Ghana".

Mr Barnes also commended the Ghana Anti-Corruption Coalition (GACC) for educating Ghanaians about corruptions issues and pressuring the government to address the crisis that is corruption.

"It is organisations such as yours that keep the pressure on the government and politicians to address the crisis that is corruption. It is you who keep the issue in the public mind so that citizens of Ghana do not go about their daily lives accepting that corruption is normal and that they have no alternative but to put up with it and sometimes sadly become corrupted and compromised themselves.

"It is you who keep the debate going, educate people, suggest ways to address the problem and call out corruption when you see it".

The Ghana Anti-Corruption Coalition (GACC) is a unique cross-sectoral grouping of public, private and civil society organizations (CSOs) with a focus on promoting good governance and fighting corruption in Ghana.

Ghana was ranked 78th out of 180 countries on the 2018 global Corruption Perception Index (CPI), according to Transparency International's (TI) report which was released early 2019.

According to the report, in 2018, Ghana scored 41 out of a possible score of 100, with this score it means Ghana’s performance had improved by one point from its 2017 score of 40.