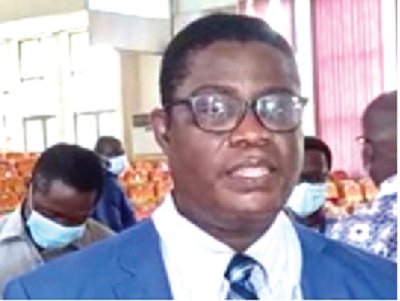 Lawyers for the University Teachers Association of Ghana (UTAG) will, today, move a motion at the Accra High Court seeking to set aside a ruling by the court ordering UTAG members to suspend their industrial action and return to the lecture halls.

This is after the association had filed a motion last Friday challenging an injunction placed on the strike by the High Court.

The NLC filed the application for an order of the High Court to enforce its (NLC) directive for UTAG to call of its strike and return to the negotiation table with the government.

The Labour Division of the Accra High Court, presided over by Justice Frank Aboadwe Rockson, last Tuesday put an injunction on the strike by UTAG, after it had upheld an interlocutory application by the National Labour Commission (NLC).

It was the considered view of the court that it was just and fair for the strike to be put on hold until the final determination of a suit by the NLC challenging the legality of the strike.

UTAG, however, argues that the ruling by the court was not backed by law.

Firstly, it is the case of UTAG that the NLC failed to demonstrate any right that should be protected by the court to entitle it (NLC) to an injunctive relief.

Also, UTAG is challenging the injunction on the basis that it rendered the substantive application nugatory.

Again, UTAG is of the view that the High Court in granting the injunction application held that UTAG violated certain provisions of the Labour Act, 2003 (Act 651) when it embarked on strike.

Such a position, UTAG said was made by the court without hearing any arguments in support or against from both NLC or UTAG.

The President of UTAG, Prof. Solomon Nunoo, told the Daily Graphic in an interview yesterday,that the association was challenging the court’s ruling because it had issues with it.

“We have formally filed to set that motion aside. We are going to court tomorrow on that issue, in addition to the substantive case,” he said.

Prof. Nunoo indicated that during UTAG’s meeting with the Parliamentary Select Committee last week, the latter pleaded with UTAG to call off the strike and return to the lecture halls for negotiations to continue, but “we indicated to it that on our own we could not do much, and that we needed to get back to our members”.

He said the association intended to meet its members this week, and that it was the outcome that would determine whether or not the strike should be suspended.

He expressed the hope that by Friday, by which time UTAG would have met its national executive committee, it should be able to come up with a position.

Asked if UTAG was not flouting the court order by its delay in suspending the strike, he said it was for that reason that it had filed a motion against the order.

The UTAG President explained that the association thought the court’s ruling was not the best and had, therefore, asked its lawyers to file a motion to set it aside, adding: “So we are waiting for a hearing tomorrow.”

Prof. Nunoo intimated that the association had been able to achieve a lot within the period of the industrial action, although it was not over yet.

“For us, we believe we have been able to achieve something substantial. Number one, we have made our position clear. Until the strike, I don’t believe you understood the condition of the university lecturer,” he said.

Regarding the effect on students, he pleaded with them to bear with the lecturers to complete the process, since “we are already there; they should just be a little patient as we conclude the processes and get back to the lecture halls”.

On how the lecturers would make up for time lost, he said the academic calender would have to be adjusted to make room for them to catch up.

“Luckily for us, the semester is just about starting and so it will be easier to look at how to adjust it and then we progress,” he said.

UTAG embarked on the strike on January 10, this year, calling on the employer (government) to restore its members to the 2013 Interim Market Premium (IMP) of 114 per cent of basic salary.

The labour union also wants the government to go ahead to formulate guidelines to implement the appropriate recommendations to address the general conditions of service of the university teacher.

It is the case of UTAG that the IMP, which was instituted after the implementation of the Single Spine Pay Policy, is frozen, per a government White Paper in 2013, for the purpose of the conduct of a labour market survey (LMS) to determine the IMP payable to workers deserving of it.

UTAG contends that till date, the determination has not been made, which has resulted in the erosion of the university teacher’s salary.