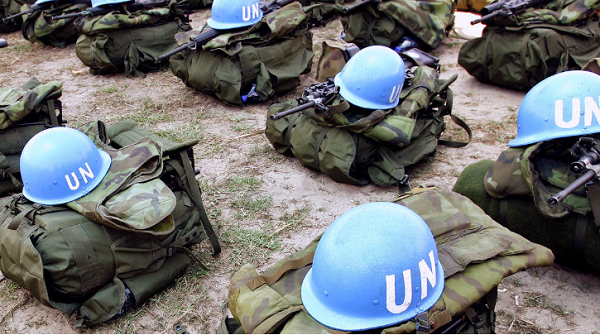 The 46 police officers, who are members of the Formed Police Unit (FPU) of the Ghana Police Service, arrived in Ghana on May 30, 2018.

A statement issued by the Ghana Police Service said the 46 police officers were repatriated on administrative grounds as “the United Nations (UN) rules and regulations”.

It said the affected personnel would resume normal police operations while awaiting the full investigative report from the UN for further action.

In February 2018, 46 Ghanaian police officers working with the U.N peacekeeping mission in South Sudan were alleged to be engaged in sexual exploitation and abuse.

They were subsequently recalled to Juba, the South Sudan Capital, from their base in Wau.

That was after the United Nations Mission in South Sudan (UNMISS) commenced investigations into allegations of sexual abuse against the policemen.

According to UNMISS, it started the investigations following several complaints that the 46-member unit were having sexual relations with some women at one of the UN’s protection camps.

A statement signed by the Head of UNMISS, David Shearer, stated that the mission had received information which “indicates that some members of the FPU (Formed Police Unit) allegedly engaged in transactional sex.

This is a clear breach of the U.N. and UNMISS Code of Conduct which prohibits sexual relationships with vulnerable individuals, including all beneficiaries of assistance," it said.

The statement explained that “on 8 February, a complaint was received alleging that members of the Ghanaian Formed Police Unit (FPU) were engaging in sexual activity with women living at the UN Protection of Civilians site in Wau.

“An investigation was immediately launched by the Office of Internal Oversight Services (OIOS), an independent office within the United Nations,’’ it added

UNMISS said after the complaints, it consequently informed the U.N. headquarters in New York of the allegations, which in turn notified Ghana that the matter was being investigated by the United Nations.

The statement further revealed that there was no proof that the issue of sexual misconduct was widespread within the Mission, which comprises over 17,000 peacekeeping personnel including 13,000 soldiers and 1500 police officers.