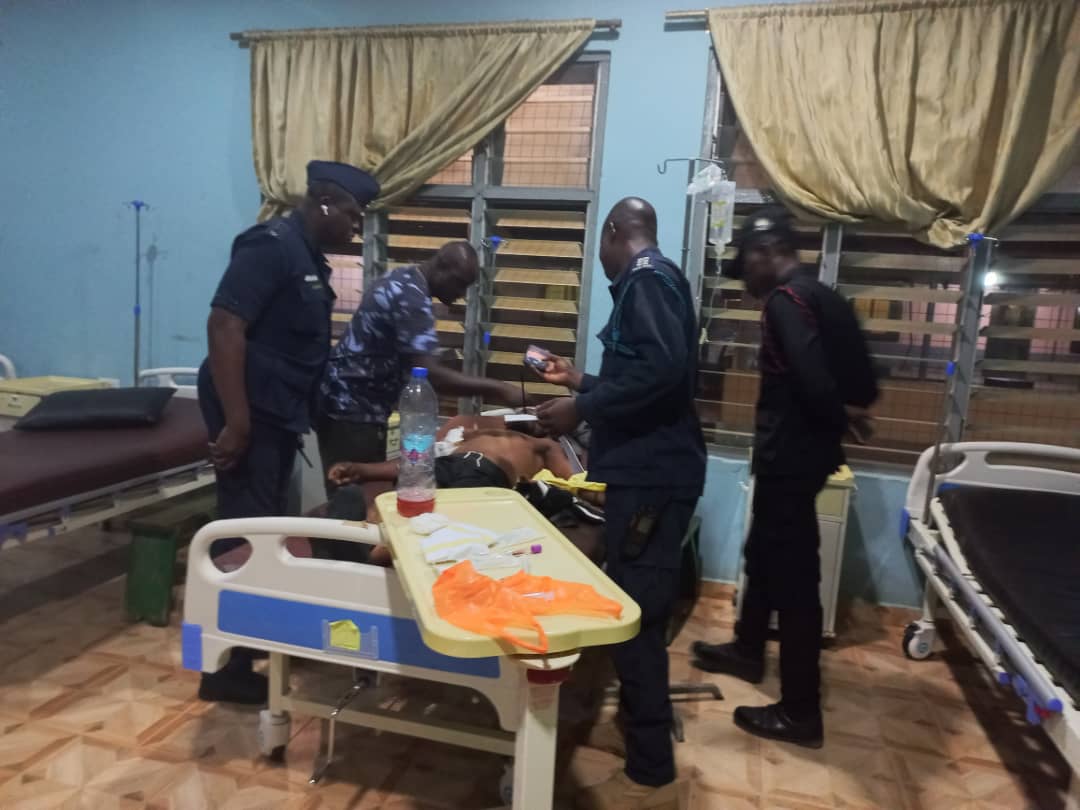 Three other traders who sustained various injury from gunshots and are in critical condition, are receiving treatment at the War Memorial Hospital in Navrongo in the Kassena Nankana Municipality of the Upper East Region. Follow @Graphicgh

Two Ghanaian tomato traders who were among a group of women on their way to buy tomatoes in Burkina Faso were killed by suspected robbers during an attack on Friday evening [April 15, 2022].

Three other traders who sustained injuries from gunshots are receiving treatment at the War Memorial Hospital in Navrongo in the Kassena Nankana Municipality of the Upper East Region.

The traders were attacked around 7pm at Tambolo in Burkina Faso.

One of them died on the spot. The second person was pronounced dead on arrival at the hospital. They were both shot by the suspects.

The bodies of the deceased who are yet to be identified have been deposited at the hospital.

One of the victims, Nana Yaa, said when they entered Burkina Faso, she saw a number of vehicles had lined up with the passengers ordered to come out of the vehicles.

She initially thought it was police officers on their usual traffic check but realised they were armed robbers ordering all the passengers to surrender their monies.

The suspects were wielding sticks and other offensive weapons, she said.

They hit the car with sticks and ordered all the passengers to bring out their money.

She said the armed robbers dragged them out of their vehicles onto the floor, searched them thoroughly and subjected them to beatings, saying “one woman was shot through the windscreen who died instantly.

She added “the armed robbers took away my 900,000 CFA I was going to use to buy tomatoes”.

Another trader, Sophia Nsiah said after giving out their monies, the robbers were still not satisfied and insisted that they bring out every money on them since some of them were hiding some monies.

She said her sister who was sitting behind the driver who was shot dead even though she surrendered all her money,

“As we were ordered out of our vehicle, one of the robbers pulled my hair and insisted that I bring the money I am still keeping on me”.

“Initially, I didn’t know that my sister had been shot, but found out when I  entered the car to call her only to realise that she had been shot dead” she said, “I was robbed off my 870,000 CFA including that of other traders”.

Giving his account, one of the drivers who gave his name as Kofi Nti, said the robbers numbering about seven surfaced from a nearby bush and shot sporadically and ordered the drivers to stop.

He stated that the robbers stopped five vehicles who were on their way to Burkina Faso to buy tomatoes and robbed the passengers of their monies and other belongings and sped off on motorbikes into the bush.

He said “I was hit severely by the armed robbers; I am currently suffering unbearable pain as a result of the assault”.