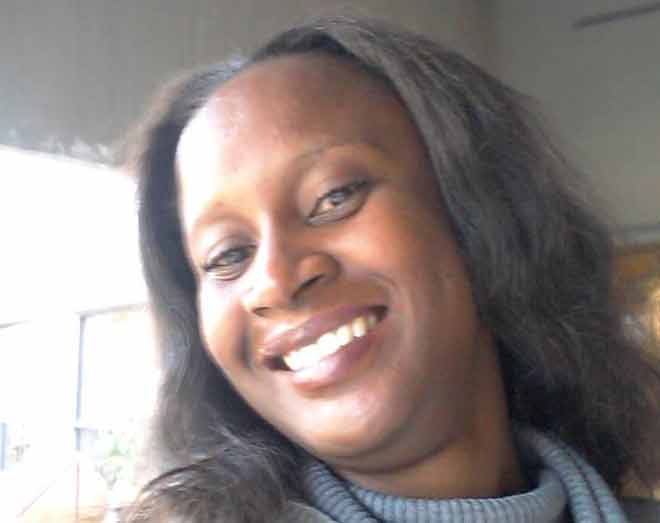 Her Worship Arit Nsemoh: "I don't want any journalist in my court." Follow @Graphicgh

Mr Roland Affail Monney, President of the Ghana Journalists Association (GJA) has condemned the Magistrate at the Accra Central District Court, Her Worship Arit Nsemoh for sacking journalists from her court.

According to Mr Monney, “the GJA considers this action- indiscreet, reprehensible and an affront to media freedom.”

Mr Monney’s posture in a statement signed and issued by him on Sunday is slightly different from what he portrayed last Thursday evening and Friday morning, when he spoke in separate radio interviews on Class FM and Neat FM respectively.

According to him, the account given by the Magistrate to the GJA, “was sharply contradicted by the reporters who quoted the Magistrate as saying 'I don't want any journalist in my court."

Below is the full statement issued by Affail Monney

The Ghana Journalists Association has been painstakingly investigating the reported quit order issued by Court Magistrate Arit Nsemoh on Thursday, June 15, 2017 to journalists covering the JB Danquah murder trial and concludes that the Magistrate over-reacted and showed gross disrespect to the press corps in her open court.

In the course of the investigation we spoke to the Magistrate, the reporters on the beat as well as sources within the Judicial Service.

According to the Magistrate, she only ordered a cameraman who was allegedly taking shots without permission at the court entrance to leave the premises and that she never issued a blanket quit order to all the reporters.

Her account was sharply contradicted by the reporters who quoted the Magistrate as saying, "I don't want any journalist in my court."

As a result, other reporters even without cameras were given marching orders by the police.

The GJA considers this action- indiscreet, reprehensible and an affront to media freedom.

The JB Danquah murder trial is of a huge national and international interest, given the tragic circumstances under which the young MP was killed.

To deny journalists access to the open court is to deprive the public in general and the bereaved family in particular the sovereign right to be informed about the proceedings to dispense justice in the case.

We demand an apology from the Judicial Service and a full assurance that reporters will no more experience any unnecessary hindrance and indignity in the coverage of the case.

Meanwhile, the GJA commends the Judicial Press Corps for their tolerance and patriotic decision not to boycott the case.

May their high sense of duty and social responsibility continue to be in glow until justice is done.

Arit Nsemoh: "I don't want any journalist in my court." 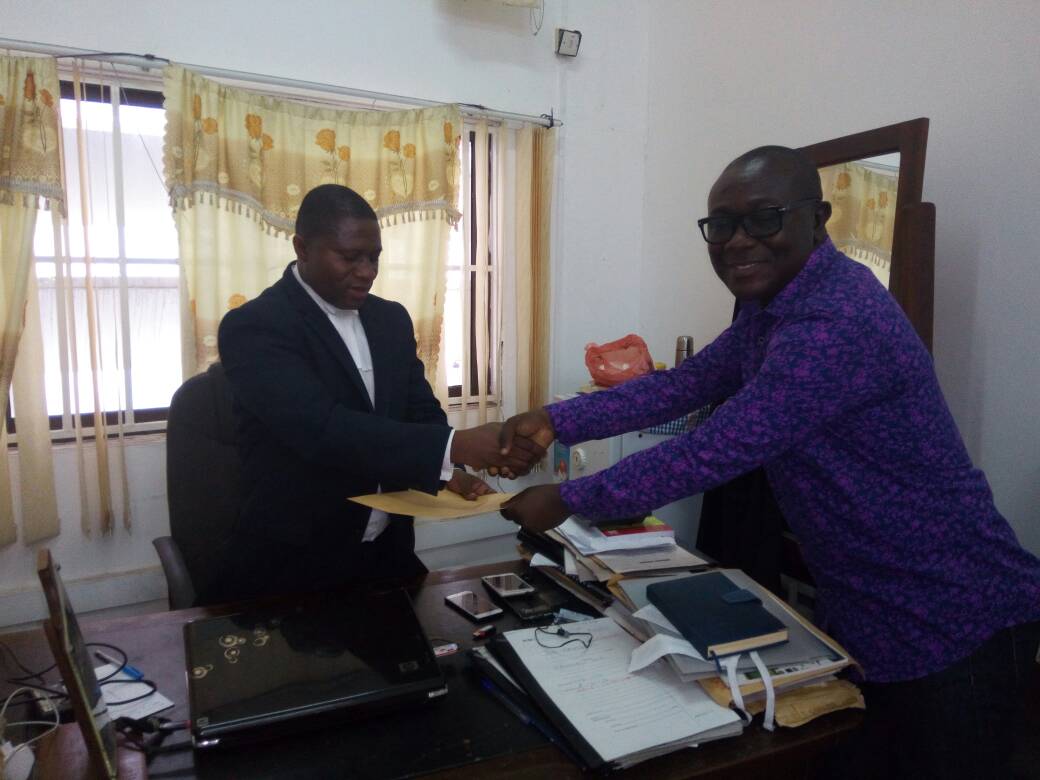 The Dean of Judicial Press Corp, Wilberforce Asare, handing over a copy of the petition to Mr Aboagye Tandoh, the Leader of the Lower Bench on Judicial Council.

The Judicial Press Corps has since sent a petition to the acting Chief Justice, Mr Justice William Atuguba.

Graphic Online’s Court reporter, Emmanuel Ebo Hawkson who was in court on the day of the incident reported that, the substantive magistrate, Her Worship Ms Efua Sackey, in whose court the case was being heard was on leave and the one who relieved her, His Worship Stephen Owusu, was the magistrate who committed the two accused persons to stand trial.

And this was the trial at the High Court in which the two accused persons were discharged following the filing of nolle prosequi by the Attorney General.

The case was moved from District Court 8 to 7, where Her Worship Arit Nsemoh, presides.

On Thursday, all the journalists were in Court 8 waiting for the accused persons, Hawkson reported.

When they [accused persons] arrived, they were moved to Court 7 and all the journalists followed them including the cameramen.

According to Hawkson, when they got to the entrance, all the cameramen stopped, so it was only the reporters [writers] who were about to enter the court room.

From where the magistrate was sitting, she could see everything outside so immediately she saw the cameramen and the people behind the two accused persons, she ordered the police not to allow any journalist to enter and also issued an order for any journalist in the courtroom to get out.

Her Worship Arit Nsemoh then ordered the policemen stationed at the court not to allow any journalist to enter.

“Infact, all of us were not allowed to enter so what's the basis for the claim that we entered with camera,” Hawkson reported.

Petition against the conduct of District Court Magistrate Arit Nsemoh

Petition against the conduct of District Court Magistrate Arit Nsemoh not to allow accredited members of the Judicial Press Corps to cover court proceedings of the trial of accused persons in the murder of the late MP for Abuakwa North, J.B. Danquah Adu

1. On the 15th of June 2017, accredited members of the Judicial Press Corps upon the orders of her Worship, Arit Nsemoh, Magistrate who sits at the Accra Central District Court 7, were restrained from entering the court to cover proceedings of an open court sitting to hear the case of the Republic vrs. Daniel Asiedu and Vincent Bossu, accused persons in the murder trial of the late NPP member of Parliament for Abuakwa North constituency.

2. The Magistrate in issuing out her orders to Police officers stationed at the court to stop all journalists from entering her court room and also to remove any journalists already seated in her court, did not give any reasons for her actions. Members of the Judicial Press Corps consider the actions of the Magistrate as unprecedented, unacceptable and an affront to press freedom in Ghana as guaranteed by chapter twelve and specifically Articles 162 to 173 of the 1992 constitution of the Republic.

4. We are by this petition drawing the attention of the Acting Chief Justice, Justice William Atuguba, to the unconstitutional act of the District Court Magistrate when she ordered Police officers to stop journalists from entering an open court sitting.

6. In the interest of the rule of law and public interest, that the District Court Magistrate Arit Nsemoh rescind her decision not to allow journalist into her court and that at the next court sitting set for the 29th of June 2017, all accredited Judicial Press Corps members should be permitted to have access to her court and carry out their activities as journalists within the remit of the law.

7. That a communique be issued to all persons of interest within the Judicial Service, particularly Registrars, Magistrates and Judges on the need to cooperate with accredited members of the Judicial Press Corps in the delivery of Justice and for that matter on the reporting of same in the Ghanaian media.

8. The Judicial Press Corps reiterate our commitment to respect all the rules of court and by laws that govern our work as court correspondents.

9. We also assure the leadership and management of the Judicial Service that we remain resolute in our quest to bring to the people of Ghana the truth and nothing but the truth on happenings in courts of our beloved country Ghana.

Thank you in anticipation of your most needed intervention.

a. President of the Association of Magistrates and Judges of Ghana.

b. President of the Association of lower Court Judges.

b. President of the Ghana Bar Association

Send feedback to: This email address is being protected from spambots. You need JavaScript enabled to view it.