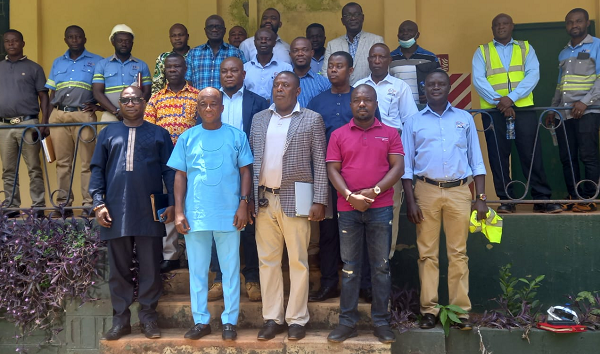 The reconstituted management board of the Ghana Bauxite Company (GBC), which is made up of a wholly Ghanaian consortium, has paid a familiarisation and working visit to the mining site of the GBC at Awaso, in the Western North Region.

The team was led by the Executive Board Chairman, Isaac Ofori Poku.

The General Manager of GBC, Frederick Sarkodie led in the briefing of the team and to them on a tour of the mining site.

Other members of the Board who were present were George Ofosuhene, a development partner and a banker, Robert Boakye Danso, a retired banker, Azu a lawyer, Dey formerly of PMMC representing the government, Frank Abbey, (KPMG) George Ayettey, IT Consultant and Alexander Gyedu, board bember. 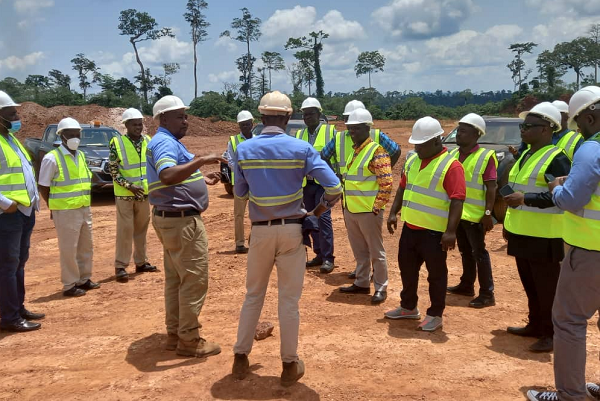 Places visited during the tour included the Administration, the Community Hospital near the site, the Community School, recreational centers and Guest Houses built by GBC, the various mining concessions of GBC, The Haulage Area, The Crusher, the Washing Plant amongst others.

They also took the opportunity to interact with the mine workers to enable them address existing challenges inherited from their Chinese counterparts.

It would be recalled that the new Board took over the management of the GBC from the Bosai Minerals Group from China which had managed the company from February 2010 to February 2022.

The visit by the Board also gave the GBC technical engineers the opportunity to take the officials through the operations at the mining site.

The GBC has been producing metallurgical grade bauxite which is known as trihydrate sweetener bauxite for over 80 years and recently Bosai Mineral Group sold its 80 percent shares in GBC to a new Ghanaian consortium.

The mining lease of GBC has been renewed for the next 30 years.