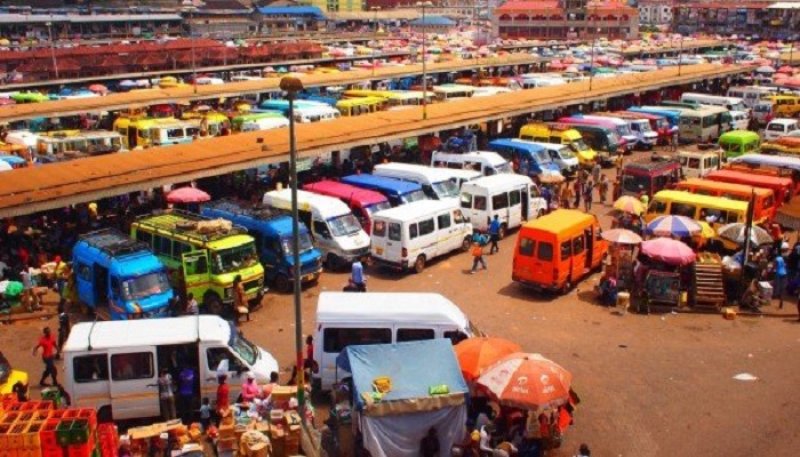 Some station masters and drivers at major bus terminals in Accra have lamented the low turnout of travellers ahead of the Easter holidays.

They blame the situation on transport fare increment and economic hardships.

“In previous years, you wouldn’t have come to meet empty vehicles here by this time. Most of them would have been on route to different destinations across the country for the holidays,” Mr Justice Wiredu, Station Master, OA Bus Terminal, Circle, told the Ghana News Agency (GNA).
Mr Wiredu said a few years ago – before COVID-19- passengers often awaited buses but that had changed, saying, “this time the vehicles are here and there are no passengers.”
He attributed the situation to the current economic hardships arising out of the increase in fuel prices.
Nana Afful, a Driver at the Terminal, claimed the “dire” living economic conditions in the country made a lot of people who would have wished to travel for the holidays rescind the decision.
Madam Pamela Levelle, a passenger, said rising cost of living with increasing transport fares had limited her visits to her hometown.
She said the situation was affecting her family relations.
Mr Asare Bediako, a passenger travelling to Kumasi, also said he could not travel as he used to do previously.
He, however, hoped that things would return to normal with transport fares “coming down for us.”
The situation was not so different at the VIP Bus Terminal at Circle, which has recorded a decrease in bus trips as compared to previous Easter holiday travels, due to low patronage.
Mr Adakabre Frimpong Manso, General Manager at VIP Bus Terminal, said the situation was due to the increment in fuel and its attendant fare increment.
He said after the COVID-19 pandemic the numbers were rising steadily until the current fuel increment worsened the situation.
Mr Frimpong Manso said the terminal operated two services, the standard four-seated tour and the executive three-seated tour, each going for GH¢50 and GH¢70, respectively, to Kumasi.
He added that a lot of people were opting for the standard four-seated tour because it was cheaper.
Mr Moses Duoabil, a passenger travelling to Bolgatanga, reechoed the concerns of economic hardships affecting travels.
Mr Frank Osei, Station Master, 2M Express Bus Terminal, said they experienced regular travels prior to the holidays and hoped the patronage would pick up.
Mr Osei said, so far, the passengers they had on board since morning were regular intercity travellers, not those going for holidays.
He said on a “good day” they could make 42 trips in weekdays and 72 trips on weekends.
The 14-passenger mini-bus charges GH¢50 and GH¢60 per trip to Kumasi.
GNA
Follow @Graphicgh