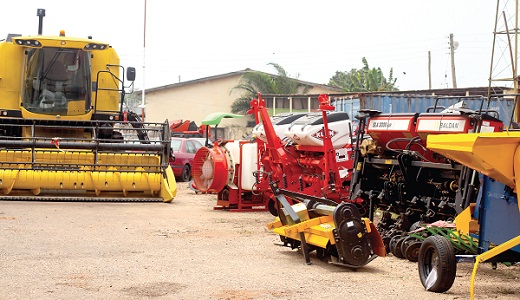 Some of the machinery displayed at the Agricultural Engineering Services Directorate in Accra.
30.5k Shares

The Ministry of Food and Agriculture (MoFA) has taken delivery of agricultural equipment worth $30m from Brazil to boost food production in the country.

This is the last tranche of a $96m agreement between Ghana and Brazil for the supply of tractors and other equipment to Ghana under South-South cooperation, a term used to describe exchange of resources between developing countries.

The consignment is the third and last tranche of supplies under the Brazilian government’s “More food international programme”, which commenced in 2012.

The equipment is to support small-scale farmers to improve yields and livelihoods.

The MoFA, through its Agricultural Engineering Services Directorate (AESD), is expected to oversee the sale of the machinery to farmers at subsidised prices of 40 per cent.

In all, 2,403 pieces of farming machinery were handed over to the directorate by the sector Minister, Dr Owusu Afriyie Akoto, in Accra last Wednesday.

The other modules are Planting for Export and Rural Development (PERD), Rearing For Food and Jobs (RFJ) and a vegetable module which involves the establishment of three modern Greenhouse villages in the Greater Accra, Central and Ashanti regions. 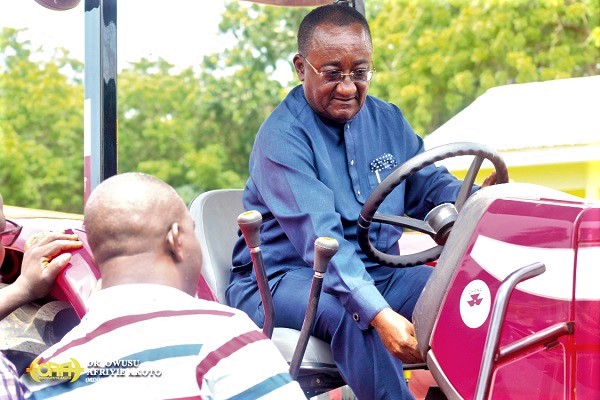 The minister said the mechanisation programme involved the setting up of centres across the country to provide efficient services for farmers.

He added that the equipment was meant to facilitate the activities of both large-scale and smallholder farmers to improve efficiency and productivity.

According to him, the various agricultural policies introduced since 2017 had had a positive impact on farmers, with about 1.7 million of them receiving subsidised improved seeds and fertiliser.

Dr Akoto said the machines had been made available to individuals and farmer associations, private investors and selected assembly members to establish mechanised service centres.

The Director of the AESD, Ametus Deyang, who received the equipment, said it would be made available to farmers and interested groups who were willing to acquire them for their activities.