From Asankragwa to Accra; the sad case of Maame Akua [VIDEO] 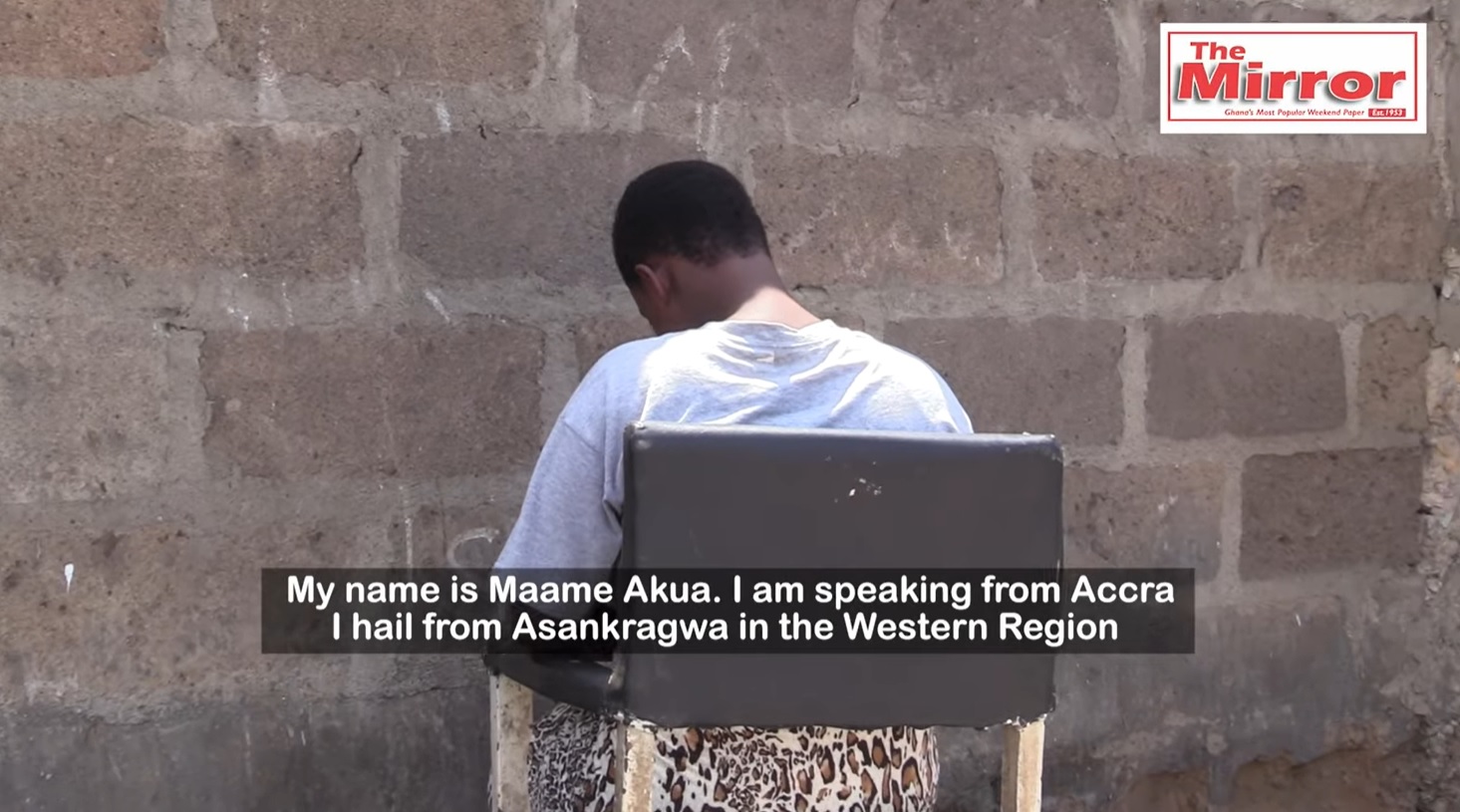 Maame Akua’s home at night. She wakes up at dawn and leaves the area before daylight because it is illegal to be there. Follow @Graphicgh

Among the milling crowd near the rail lines at the CMB market in Accra sat 18-year-old Maame Akua Owusua.

She looked confused and in need of help to navigate herself out of the hardship she had knowingly or otherwise plunged herself.

In front of her were a few lemons she called her wares though the proceeds from the lemons she sells in traffic could not feed her and her two-year-old daughter, let alone pay her rent of GH¢15 a week.

Maame left her 100-year-old grandmother’s home at Asankragwa in the Western Region when she was around 16 years old without her knowledge and blessing, and followed a female friend to Accra a little over two years ago.

Their mission — to search for a more comfortable life than what pertained at Asankragwa.

At least that was what her teenage friend had assured her of.

Maame had lost her mother at an early age and had never known her father.

At night, Maame Akua spreads these beddings near the wall and goes to sleep with her daughter.

She dropped out of school at junior high school Form One.

She was staying with her grandmother who could neither do anything for herself nor her anymore.

In a chat with The Mirror, in Accra recently [WATCH VIDEO ATTACHED BELOW] Maame said she was in desperate need of assistance to learn hairdressing to better her future.

She indicated that she was not ready to return to Asankragwa because “I have no relative there and there is nothing to return to. I stopped calling my grandmother for a long time because anytime I did, she cried and begged me to return home. But recently, I have tried so many times but that line doesn’t seem to be in use anymore. I think she may be dead”.

Giving more details as to how she had ended up worse off in Accra than she had hoped, Maame explained that upon alighting from the bus she and her friend rode on to the CMB Market in Accra, she could not find that friend again — She literally vanished into thin air and all efforts to find her had proved futile. 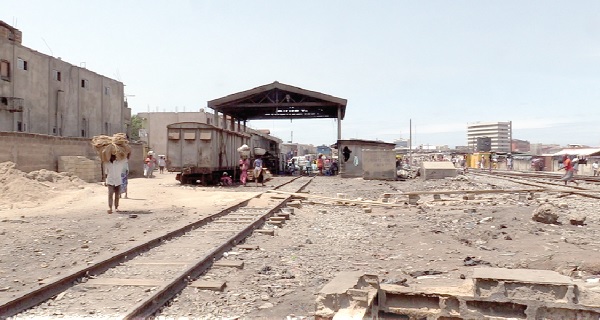 With very little money on her, a man whose name she gave as Nana Yaw assured her of helping to find her friend.

He accommodated her in a wooden structure for some weeks but also made a clean pair of heels when she became pregnant and would not agree to drink the concoction he gave her to terminate the pregnancy to make them both free.

“I was 16, a virgin and this man slept with me and kept assuring me that he would take care of me and find my friend. Now here I am with a two-year-old daughter too”, she told The Mirror near an open space by the rails which had become home for her.

An old folded blanket lying on the ground and some clothes she had kept in a polythene bag at the bathhouse for safety reasons were all she said were her possessions.

The pungent smell of urine engulfed the area as the walls served as a urinal for some.

When it rains, Maame, her daughter and others who live under the same conditions seek refuge standing under a shed built by the Ghana Railways Company.

When Maame gets lucky, a Good Samaritan whom she describes as an “older woman” takes her daughter home and brings her back when the rains are over, she said.

“I never attended any antenatal clinic because I could not afford it. When I felt severe pains one day, I went to the Usher Clinic where the nurses told me I was in labour and helped deliver me of my daughter. I named her Jesuslina after Jesus. The nurses were very kind to me. God bless them always,” she said.

Asked why she had given her daughter that name, Maame said: “I hope that Jesus will be with us always”.

Maame says her daughter’s father, Nana Yaw, hails from Ekumfi near Mankessim in the Central Region.

“I stayed in a shared accommodation with many others at GH¢40 a month, but I could no longer afford it and that’s why I now sleep on the tracks with my daughter,” she said.

Pointing at the yellow painted bathhouse at the other side of the tracks and a toilet at another location in the same vicinity, Maame said: “Sometimes it gets real busy in here and we have to wait our turn in queues”.

Apart from being at the mercy of the weather and mosquitoes, night time brings another kind of challenge.

“The men always want to sexually harass us. But I remain strong because I know what I want. I already have one child”, she said.

From the sale of the lemons, Maame says she makes GH¢20 a week when business is good”, but things are so rough for me,” she said.

Maame Akua has to pay GH¢1 anytime she wants to have a shower and another GH¢1 to visit the washroom.

Asked what her plans were, she said, “I want to learn a trade. I like hairdressing. I have spoken to a madam here and she says I should pay GH¢1,000. I don’t have it. I need help. I want to work. Selling the lemons and pure water is not fetching me much”, she explained in a shaky voice.

“I am appealing to anybody who can to help me. The woman who supplies me the lemons on commission stays at Kasoa in the Central Region. She sometimes invites my daughter and I home when her husband is not around. She also carries my baby with her when she goes to sell at the other market like she has done today. I am grateful for her help, but I need the kind of assistance that will enable me to learn a trade and earn a decent living”, she appealed.

For now, all Maame says she will be doing is to continue selling the lemons and pure water until help comes her way.