We have not received PPE from Govt — EC 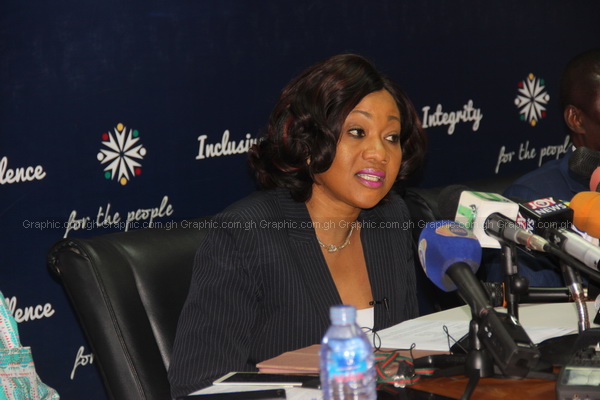 The Electoral Commission (EC) has denied receiving any personal protective equipment (PPE) from the government.

In a press release signed by its Acting Director for Public Affairs, Mrs Sylvia Annoh, the EC said the Minority in Parliament’s assertion that it had received PPE from the government was without any basis.

Last week Friday, the Minority in Parliament held a press conference urging the government to tread cautiously in taking decisions to further ease the restrictions currently in place to stop the spread of the COVID-19 pandemic in the country.

At the press conference, the Minority Leader, Mr Haruna Iddrisu, said the lifting of the three-week lockdown had led to spikes in infection and mortality rates and, therefore, any decision to further reduce the restrictions must be guided by epidemiological data and not “just to satisfy narrow political interests”.

He further accused the government of choosing to supply PPE to officials of the Electoral Commission (EC) when doctors, nurses and other frontline healthcare workers were crying for PPE.

He added that it was equally shocking that government officials were publicly justifying the irresponsible conduct of the EC in defying the restrictions imposed by the President, even in the face of a court injunction secured by the MP for Ningo-Prampram, Mr Sam George.

The EC, however, stated that it was an independent body which was not under the control of any other person or authority.

“As stated in Article 46 of the 1992 Constitution, the EC would like to reiterate that it shall not be subject to the direction or control of any person or authority in the performance of its function, except as provided for in the Constitution or any other law consistent with it,” it said

The commission further refuted claims it had flouted the health directives on COVID-19 in its operations, adding that “it had taken concrete steps in adhering to all the rules and regulations regarding the protocols spelt by the Ghana Health Service.”

On the compilation of a new voters register, the EC said plans were far advanced to implement it, but it was also very sensitive to the challenges posed by COVID-19.

“The Commission is sensitive to the current state of affairs due to the COVID-19 pandemic, and will abide by the necessary precautions and safety protocols in the execution of its mandate when it deems appropriate to begin the compilation of the register.

“The general public is being cautioned to disregard any fictitious election timetable and other letters circulating on social media purporting to have emanated from the Commission,” the statement added.