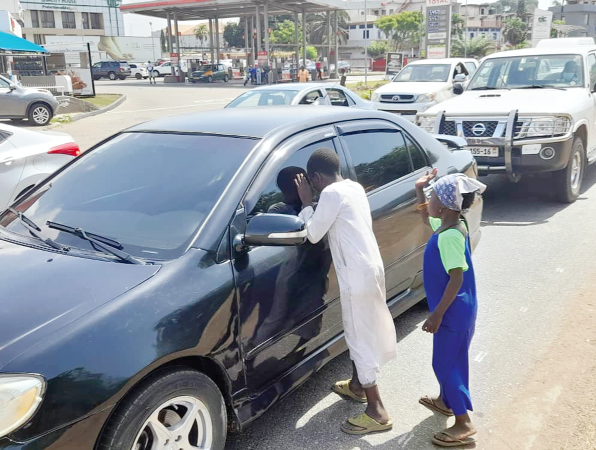 Children,begging for alms at Paloma in Accra

The phenomenon of forced child begging in the national capital is getting out of hand.

On a daily basis, an overwhelming number of children, some of them as young as three years, find their way onto the streets to beg for alms and other forms of assistance.

Many of them are driven onto the streets by their parents, mostly mothers, to beg for money from motorists, passengers and other members of society to keep themselves fed.

Some of them appear to have learned the trade of eliciting emotions from the public from their adult parents by appearing in tattered and dirty clothing, with some pretending to be unwell, all in a bid to win the hearts of the public.

Some also use crude means to demand money by knocking on car doors and glass windows, with some even going to the extent of trying to get on the tyres of vehicles to clean the windscreens of such vehicles with dirty pieces of fabric.

In most cases, these beggars go about their activities without face masks and little or no adherence to the COVID-19 safety protocols.

Given the impact of the COVID-19, the development puts the lives of the children in grave danger.

Mostly using the medians of traffic intersections and footbridges in the city to ply their trade, the child beggars, mostly from Niger, Chad and other parts of the sub-region, often walk or run in between vehicles during traffic build-up to ask people to give out money for their survival.

While they rush to ask for money, their mothers sit distances away, ready to take back from the kids whatever the kids receive from their benefactors.

Other are the 37 Military Hospital, the Accra Mall, the Ghana Standards Authority (GSA), as well as the footbridges at the Tetteh Quarshie Interchange, Shiashie, near the Emmanuel Eye Clinic, and Kaneshie. 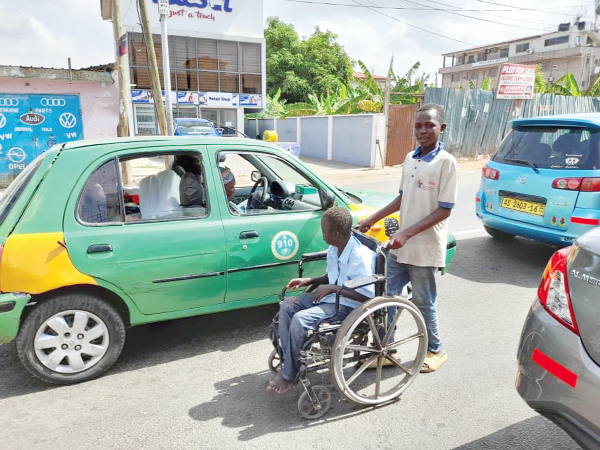 When the Daily Graphic visited a number of the intersections last Thursday, a handful of young girls between eight and 12 years were spotted carrying their toddler siblings at their backs under the scorching sun and begging for alms.

At the traffic intersections at the Electoral Commission and the Paloma Hotel, two young female beggars who gave their names as Amina and Fati, with younger kids at their backs, moved from one vehicle to another, begging drivers and passengers for money, while their mothers rested under a tree close to the road and a billboard in the median.

Some few passengers gave them GHc1 notes and some coins.

The Daily Graphic gathered that the children undertook the risky adventure as a way of supporting their single mothers who had no work to do.

The problem appears to be snowballing for the marginalised vulnerable children who are wasting away, as they are deprived of education to become the breadwinners of their families.

Asked where they slept in the night, one girl said they used abandoned kiosks as sleeping places.

She said they woke up at dawn, and after having their bath, they moved to the streets with their mothers to beg. 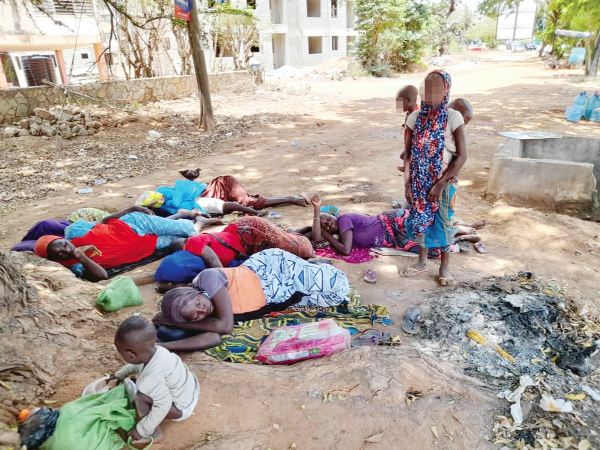 Parents of some of the child beggars taking a nap while a toddler is left unattended to. Pictures: NANA KONADU AGYEMAN

It emerged that the children cared less about the COVID-19 safety protocols, as most of them did not have any face masks on and did not practise social distancing.

In clear violation of Section 87(1-2) of the Children’s Act, 1998 (Act 560), which prohibits exploitative child labour and defines such labour as one that deprives the child of its health, education or development, the parents of these children sit idly watching their vulnerable young children put their lives in danger.

Some of the parents shouted on the kids to pursue vehicles to take money from passengers in moving vehicles, at their peril.

In August 2017, the Ministry of Gender, Children and Social Protection launched the ‘Operation get off the street now, for a better life’ project, with the aim of eradicating the street children phenomenon from the country.

The project was implemented by the Children’s Department, in collaboration with the Department of Social Welfare, the ministries of Education and Local Government and Rural Development, faith-based organisations, civil society organisations, traditional rulers and other stakeholders.

It sought to include the identification and delivery of the core set of basic services that have the potential of securing the re-integration of persons on the streets into mainstream society and strengthening policies that address the causes of streetism.