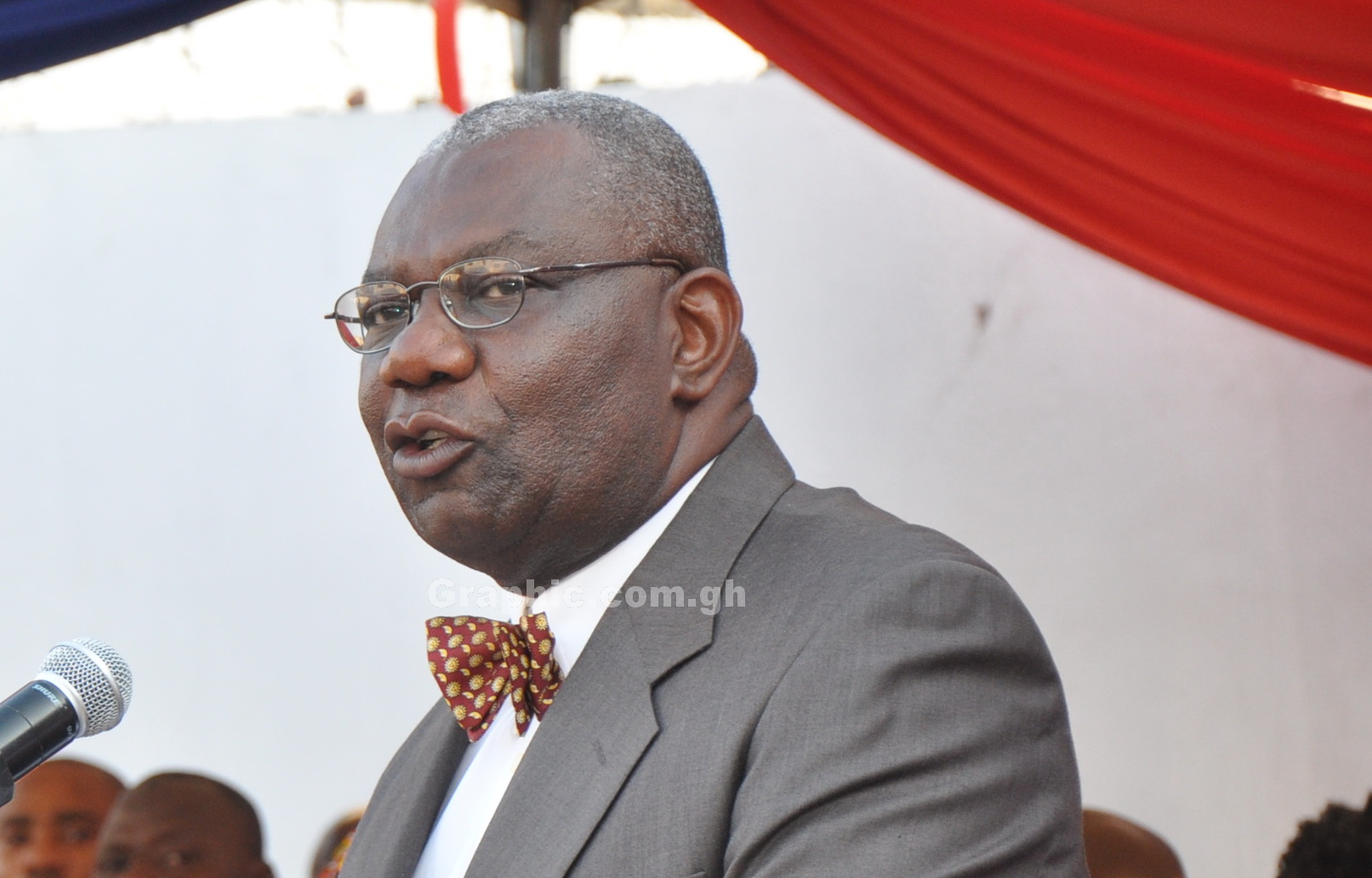 The Minister of Energy, Mr Boakye Agyarko has been relieved of his position, following the controversy surrounding the review of the Ameri power deal

press statement signed and issued by Mr Eugene Arhin, Director of Communications at the Presidency on Monday evening, August 6, said President Akufo-Addo by a letter dated August 6, 2018, "relieved the Minister of Energy, Mr Boakye Agyarko, of his position, with immediate effect."

"President Akufo-Addo has asked Mr Boakye Agyarko to hand over his office to the Minister of Lands and Natural Resources, Mr John Peter Amewu, who will act temporarily as Minister of until a substantive appointment is made," the statement said.

Below is a copy of the press statement 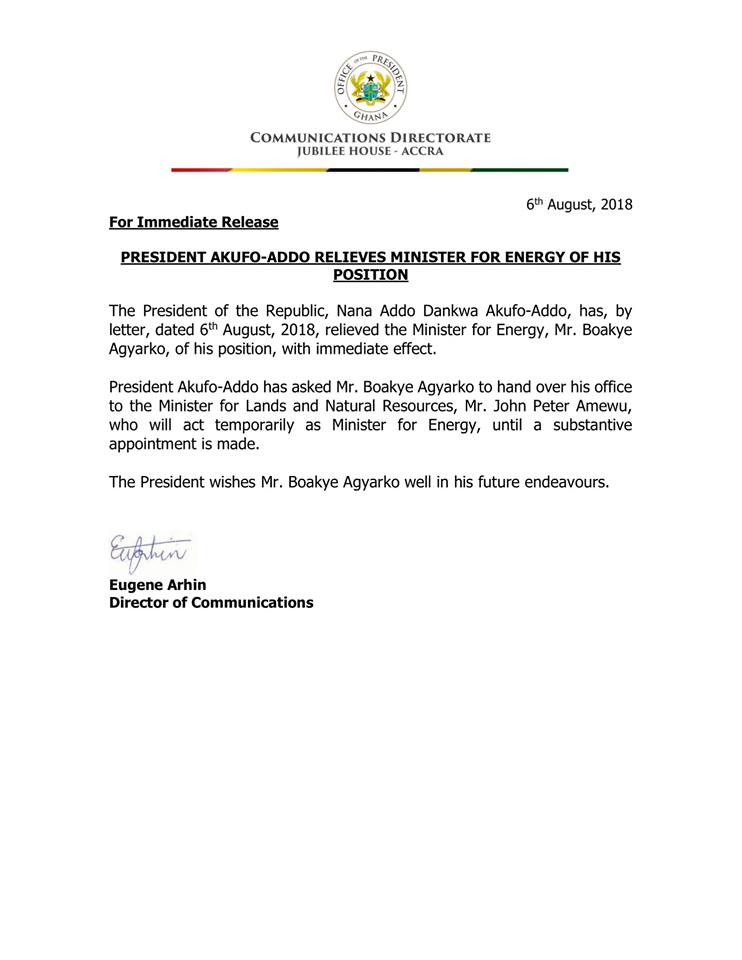 Mr Boakye Agyarko has been under fire since it became public that government had sought to review the Ameri deal but the new deal on the table was not better than what was already in existence.

The government had sought Parliamentary approval to review the build, own, operate and transfer () agreement it entered with Africa and Middle East Resources Investment Group (AMERI Energy) on February 10, 2015.

A memorandum submitted to Parliament asking for the approval indicated that the new transaction had a waiver of $52.7 million due AMERI Energy that the government of Ghana would have had to pay.

Besides, the memo added  there would be a reduction in the standby letter of credit (SLC) from $51 million to $37.5 million and cost savings of $405.067 million over a period, while electricity tariffs for end users would be reduced.

It said President Nana Addo Dankwa Akufo-Addo had given Executive approval for the amended agreement due to the gains to be made in favour of the country.

Parliament, however, deferred approval of the revised AMERI deal to its next meeting with some members arguing that the amended deal lacked input from the Attorney General and Minister of Finance.

The Senior Staff Association of the Volta River Authority (VRA) argued that the claims by the Energy Ministry that the newly revised AMERI deal would save Ghana some $400 million “misleading and erroneous.”

According to the workers, the deal in its revised form, if approved by Parliament would only result in a loss for the country and said Ghana rather stands to lose $472 million.

Last week, media reports suggested that President Akufo-Addo had been misled in giving an executive approval to the new deal.

The reports consequently said President Akufo-Addo had asked that it should be withdrawn from Parliament since it did not have inputs [advice] from the Attorney General and Minister of Finance.

The Minority in Parliament held a press conference and called for the renegotiated deal to be suspended.

Over the weekend, there were calls for the president to dismiss the Minister of Energy, Mr Boakye Agyarko and all those involved who may have misled the presidency.

Letters said to have been written by AMERI Energy, which released on social media, said AMERI had no knowledge of the new agreement.

According to AMERI, it was not involved in any discussion with the Energy Ministry on renegotiating or amending the power deal signed with the John Mahama-led government in 2015.

However, the spokesperson of the Energy Ministry, Nana Damoa countered that claim and said Ameri authorised Nicholas Mawuse Addo to represent initial the agreement on its behalf and therefore cannot claim to be unaware of it.

A letter said to come from Ameri authorising Nicholas Mawuse Addo has also gone into circulation on social media.

Speaking in Cape Coast after a thanksgiving service to mark the 71st anniversary of the formation of the United Gold Coast Convention (UGCC), Mr John Boadu, the General Secretary of the New Patriotic Party (NPP), who sits in Cabinet meetings said the matter was discussed at last Thursday's Cabinet meeting.

Even though he did not give details of what was discussed at the Cabinet meeting, Mr Boadu encouraged the public not to be disturbed by the deal since would surely review it.

"We must not be disturbed at all," he said, adding, “We will rescind our decision for now and review that project to make sure that the Ghanaian people get their monies' worth and value for money in everything that we do,” he said.