About 34 per cent deaths attributable to non-communicable diseases - GHS 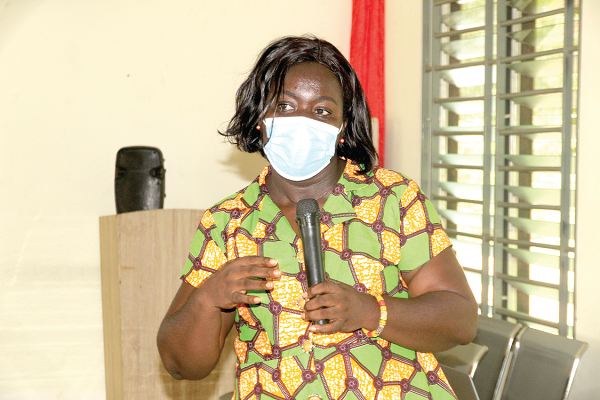 About 34 per cent of deaths in the country are due to non-communicable diseases (NCDs) such as hypertension, stroke, diabetes and cancer, the acting Programmes Manager of NCDs at the Ghana Health Service (GHS), Dr Efua Commeh, has said.

She said NCDs were mostly driven by the lack of physical activity, unhealthy diet, use of tobacco, excessive drinking of alcohol and smoking.

Dr Commeh, who was speaking at a stakeholders’ sensitisation meeting on an NCDs digital tool organised by the GHS and the United Nations Development Fund in Accra last Monday, added that “these diseases are not contagious; they come about as a result of our unhealthy lifestyles”.

The programmes manager also expressed concern over the fact that NCDs were not limited to only adults but also children and called for a collaborative effort to address the situation.

She advised people to adopt healthy lifestyles, including going for regular health screening for their ailments to be detected early for treatment.

“Be proactive to prevent the disease. Even if you have the disease, you need to practise good health and proper management to live well,” she added.

She observed that many patients who contracted NCDs stopped taking their medications immediately they began feeling well, saying “that is a risky thing to do because the disease can aggravate and take one’s life; NCDs are chronic; they never get cured but are only managed”.

On the digital tool, Dr Commeh said its introduction formed part of efforts by the GHS to address the rising cases of NCDs in the country.

She said the digital tool was a USSD service with a short code that people could subscribe to receive periodic NCDs-related text messages from the GHS.

She said the messages would not only educate users but also remind them of the need to adopt healthy lifestyles, go for health screening and also seek medical attention if need be.

They also permitted users to make enquiries about the diseases, she added.

The Ga Central Municipal Director of Health, Dr Esther Odame Asiedu, expressed worry over the rising cases of NCDs in the country and called for more sensitisation programmes.

“Diets have changed from traditional foods to fast foods. Nowadays, people prefer fast food, but that type of food is not healthy,” she said.

To reduce NCDs among both adults and children, Dr Asiedu advised stakeholders to increase awareness and education to sensitise the people.