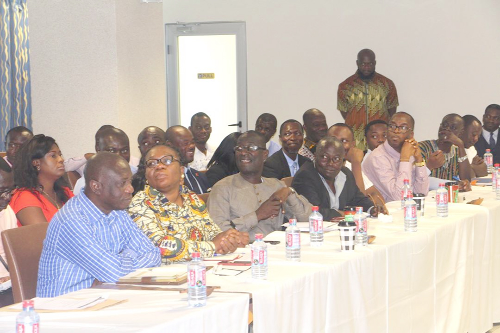 Marine insurance is the progenitor of the other branches of insurance such as fire, motor, aviation, etc.

Its origin is said to be "veiled in antiquity and lost in obscurity," because no one is certain about its exact origin.

It has, however, been observed that it originated with the Lombard merchants in Northern Italy in about 1250 AD.

Lombard merchants moved to London in the 13th and 14th centuries and engaged in commercial activities until they were expelled at the end of the 15th Century.

Throughout the 16th Century, Hanseatic merchants from Baltic coastal towns practised insurance in London, but they were also expelled at the end of that century.

It has to be stressed that during those periods, the common law played little or no part in the resolution of disputes in relation to insurance.

From the beginning of the 17th Century, English merchants were involved in underwriting marine insurance policies. During this period, a different set of rules was developed by insurers and courts.

It was when Lord Mansfield, aptly described as the Founder of English Commercial Law, became the Chief Justice of the King's Bench in 1756 that a new era in marine insurance commenced.

Lord Mansfield blended the common law principles with continental codes, that is the Marine Ordinance of 1681.

The expression, marine insurance, refers to the branch of insurance concerned with ship, cargo, freight, collision and cargo liabilities, etc.

A ship, cargo and freight are exposed to a lot of hazards and risks during sea voyage and the purpose of marine insurance is to protect the owners of the various interests against losses and damage from perils insured against.

It cannot be emphasised too strongly that Ghana's international trade is mainly seaborne, yet there is no legislation in Ghana on marine insurance.

Unlike Ghana, Nigeria, on attainment of its independence in October 1960, enacted the Marine Insurance Act of 1961.

The 1961 Act was later replaced by the Marine Insurance Act of 1990. Perhaps, Ghana can take a cue from Nigeria and come up with the legislation on marine insurance.

The English Act has been very influential in the development of some other legal systems.

It has been adopted in Australia, Canada, Malaysia, New Zealand, India and Singapore.

It has been partly adopted in the American Law and more recently has found its way into certain parts of the Chinese Maritime Code.
(Vide the Maritime Code of the PRC 1993 Chapter 12 Articles 216-256).

As already indicated, the importance of marine insurance cannot be over-emphasised, and consequently, the Ghana Shippers' Authority, the National Insurance Commission (NIC), the Ministry of Trade and Industry (MoTI) and the relevant stakeholders must collaborate to ensure that an up-to-date marine insurance legislation is drafted.

As indicated, and following the examples of other jurisdictions referred to above, the legislation can be modelled on the English Marine Insurance Act 1906, as amended but tailored to the needs of Ghana.

It is universally an acknowledged fact that modern international trade will be virtually impossible without marine insurance.

The writer is a lawyer. E-mail: This email address is being protected from spambots. You need JavaScript enabled to view it..