Difficulty in having hard conversations 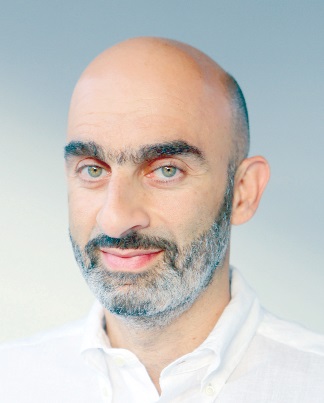 Seven years ago, I wanted to fire an employee.

It had got to a stage where his ineptitude and angry outbursts were affecting both his colleagues and customers.

He had had several warnings, but he couldn’t change his ways. He couldn’t handle pressure and would usually vent his frustrations towards other people.

As the CEO, I needed to act. I, however, dreaded having the tough conversation for several reasons. Mainly, it was because he was a relative and I knew he needed the money.

For a few days before our meeting, I’d feel nervous just looking at him. The night before, I couldn’t sleep well. Then, when I sat him down, my heart was beating so fast that I couldn’t breathe easily.

He was oblivious to what was happening and had no clue that I was about to fire him, despite all the warnings we had given him.

To say the conversation went badly is an understatement. He quickly got defensive, aggressive and started to scream at me. I reacted badly to his attitude. I told him point-blank that he was worthless and that I should have got rid of him earlier. Finally, he slammed the door of my office. We’ve not spoken since.

I wasn’t proud of how I handled the talk we had, and, since then, tough conversations have become even tougher.

We tend to avoid difficult conversations because they are hard. We are afraid of the reactions, consequences or what people will think of us.

We don’t want to face the music as it’s just too gut-wrenching and uncomfortable. “Not now,” we tell ourselves.

Nothing can get in the way of our journey to authenticity and growth more than avoidance—whether it is in avoiding making decisions, facing people, or starting new projects. Yet, we keep indulging in avoidant behaviour.

We justify our actions or inaction by telling ourselves lies. For example, we claim that we don’t want to hurt the other’s feelings; that the time is not quite right; or that somehow things will get easier over time.

Avoiding tough conversations and hard decisions is easy and comfortable, but its long-term effect is soul-crushing. We try to ease our present by postponing the problems into the future only to cause more significant damage later.

If we don’t confront our issues quickly, they will only get bigger and snowball into immense bombs that will paralyse us in the future.

We are emotional beings, and we often find it difficult to be objective. As a result, we either subconsciously overreact towards someone we are avoiding or disengage entirely so that the relationship feels fake.

Why can’t we offer our arguments citing both pros and cons and why the correct objective decision must be taken, ignoring how we feel and always looking at the greater good?

Being objective doesn’t mean the person listening to you will quickly acquiesce. On the contrary, when criticised or on the receiving end of some hard truths, most people feel victimised. Usually, they are also losing something and, in turn, will not act reasonably, so they either switch off or go on the attack.

There is no perfect scenario, and, most times, someone will get hurt. As such, we need to be patient as we sit and listen to their reactions.

Listening here means being compassionate, putting ourselves in their shoes, no matter how ludicrous it may seem to us.

“Vulnerability isn’t good or bad: it’s not what we call a dark emotion, nor is it always a light, positive experience.”—Brené Brown.

We must always be vulnerable enough to express our pain and precisely explain how we feel, so that the other person gets it. We should remove the heavy baggage we carry into the conversation.

To live with our hearts open, carrying our wounds and scars with us, is very scary, but the alternative of not doing so is much more frightening.

Vulnerability allows us to dig deep into ourselves, leading us to our core, where all uncertainty, excitement and meaningful experiences exist.

As a result, we have a better chance of unravelling the gems that hide beneath the many layers of our ego.

Vulnerability is not weakness but a path to opening our hearts. When we start to trust our hearts, all fears dissipate, and we start accepting that we are imperfect beings living in a not so perfect world.

When the other person feels our vulnerability, they resonate and respond similarly. As such, an honest, open and deep conversation ensues.

Recently, I’ve been sitting on a hard conversation that I can’t bring myself to have. I’ve avoided it as if it were the plague. I know having it might open up Pandora’s Box, and all sorts of issues would spill out. I know that there will undoubtedly be much pain and discomfort for both the other person and me.

Last Sunday morning, I imagined the person in front of me and I wrote down everything I wanted to say in my journal. I was ready, I told myself, yet I have still not confronted them a few days later.

I keep telling myself that now is not the time.

Will it ever be?

Have you been avoiding a hard conversation? What are you terrified of?