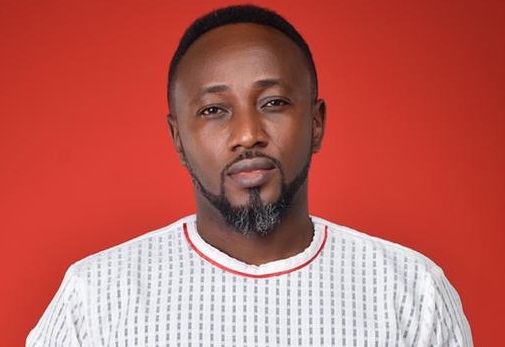 Late night shows are a whole mood for people who either drive home late or stay up late to listen to the radio even when they are home.

I am by nature a television person when I am home and a radio one when on the move so the times when I have enjoyed late night shows the most were when I was driving late.

That notwithstanding, over the years, especially during the early days of private radio, I have done some listening to late night shows when I was either on the bed or in the couch soaking the music and or naughty conversations that would be going on.

When George Yaw Otchere and his panel, comprising Super OD and co congregated in the night on Peace FM to discuss sex, relationships and titillation on Wo Ba Ada Anaa? in the early days of the station, it was novel and lovely for a night’s show.

I do also remember the Adom FM show that had Akumaa Mama Zimbi and how she popularised it enough for it to be considered for television, which eventually became a big must watch for many who liked to be titillated instead of lulled to sleep.

As far as music genre late night shows go, if you were a radio addict in the late 1990s and early 2000s, you definitely would have encountered the good late night shows that the likes of Kwame Swift Farkye and GQ used to host on Vibe FM.

There is no denying the fact that Farkye had the nicest voice on radio and his music selection, naughty quotes, the pranks and the whole vibe he brought to the Between the Sheets was so good it pained many that he stopped doing that particular show.

When he was moved from Hitz FM’s morning show to Joy FM, the show on which Lexis Bill started to make his bones was the late night show, dubbed Late Night Express, a show he did so well through the things he chose to talk about and the voice he used as well as the music that he chose to go with all that. He did it well.

When Lexis left the show, I think his replacement, Kofi Laing, also did a good job with it. It is not as if I have forgotten the work that William Diego Parker-Benin did on a similar show on Citi FM, as he really hit you well with that voice that they do when presenting that show at that time and the music selection was good.

In a nutshell, there have been some good late night shows over the years on the radio and regardless of whether you are on the move or ensconced somewhere on your room or anywhere, there is a lot to enjoy about these shows and their presenters and sometimes guests.

George Quaye is smooth behind the microphone

If there is any consolation, it is the fact that George Quaye has found his way to radio as a regular presenter and he has tried very hard to resurrect what could be classified as a dead, maybe almost, dead aspect of urban radio.

Don’t get me wrong, music and or talk on radio in the night has and will always be there, but making either into an art form requires some doing and understanding of your audience.

Let me be frank to say that before he would jump on to the wagon of hosting a late night music show, I didn’t put George Quaye up as someone who had it in him to present that kind of show.

I mean, this is George Quaye, the quintessential entertainment talk show host who loves nothing more than creating controversy with his questions and interviews. He was never the person I had in mind to do that.

However, since he’s been offered that opportunity and he has been hosting Late Night Express on Joy 99.7FM, Quaye has really proven to be someone who could be relied upon to deliver good music and give the necessary tidbits that spruce up a show of such kind.

Everyone who knows George knows he could talk up a storm and he damn well doesn’t need any reason to do so and so one had thought that coming on to this show was going to be another talk shop with the little guy.

It would appear that whoever oriented him before he took up hosting the show made him know that this was a music show and not a talk show and that he ought to try as much as he could to play more music and talk less! Worked like magic.

Anytime I listen to this show, I hear good music being played back to back with just a little talk here and there to keep the show and the theme of the day going without really interrupting the flow of the music in anyway.

Above all, if there are two things I like about George Quaye as host of the Late Night Express, it sure would be the songs he chooses for the different days and how he likes to theme each day and the song slection that goes with it as well as his personal interest in promoting the show on his social media handles.

Indeed, because of the latter, you would not miss what he has planned for each day and when you take him on his word and tune in, he doesn’t disappoint you as well.

He is in your face and engaging those who choose to do so on his timeline. I honestly think if all presenters would have the same interest in their shows as George Quaye does, they most likely would increase their listenership and or engagement.

So, if you are the late night show enthusiast or even if you are not and you want to “soak” some good romantic or slow music, I think the one show that brings you that is the one presented by George Quaye on Joy FM during weekdays.

As you know, George also presents the Saturday afternoon entertainment talk show on the station, Showbiz A to Z, which discusses issues of arts, tourism and creative arts. As a guest alum of the show, I should say that George and his team are doing well. For now though it’s the romantic George Quaye that we are interested in.