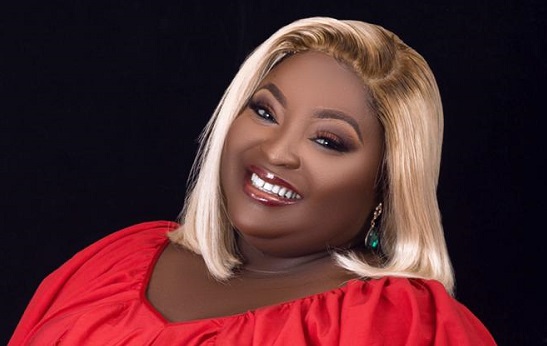 In 2008, she was presented with the opportunity to go into banking after completing her national service and impressing her bosses at the then Merchant Bank.

However, Roselyn Ngissah’s passion for the arts made her choose heart over head as she made the decision to go into acting. And years on since she made that choice, she has disclosed that she has no regrets.

“I did my national service at the Merchant Bank now the Universal Merchant Bank (UMB) and after that, I had the chance to be a full time banker but I rather chose acting. I have always wanted to be an actress and I don’t regret making that decision,” she told the Graphic Showbiz on Tuesday, December 7.

According to the pretty actress, she learnt a lot during her days in the banking sector and her life has become better due to the training she got.

“I was taught how to be careful around money, I learnt how not to trust anyone when it comes to money because it can be tempting. The banking sector also taught me how to comport myself and look good all the time. It has shaped my thinking and the kind of life I live now,” she said.

In an answer to if she was given the opportunity again to choose between acting and banking, especially now that nothing seems to be happening in the movie world, Roselyn Ngissah said she would still go for acting because that is her first love.

She also disclosed that she has featured in a number of movies recently and is hoping that the movie industry will bounce back soon.

Roselyn, who has starred in movies such as Somewhere In Africa, Aloe Vera, 4 Play, Away Bus, Last Victory, Sin of the Soul, John and John, Broken Mirror,  Amakye and Dede, Princess Tyra, Adams Apples and Power of The Gods, blamed the near-collapse of the movie industry on lack of distribution channels.

“Distributing became a major challenge in the movie industry, forcing a lot of movie producers to quit producing and move into other businesses but now we are happy the likes of Iroko TV and Akwaaba Magic (all on DStv and GOtv) are helping project African movies to the world,” she said.