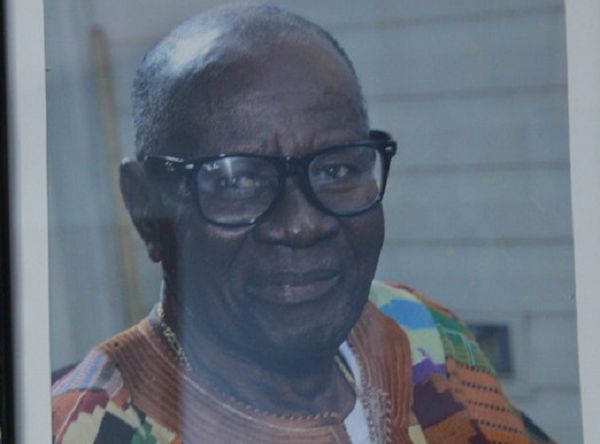 Though he died at a ripe age of 91, the passing of Ebenezer Lartey, popularly known as Ataa Mensah of the Adabraka Drama Troupe, has still shocked his colleagues.

Ataa Mensah died last Tuesday at the Ridge Hospital where he had been on admission since December 28, 2018.

Some veteran actors who spoke to the Daily Graphic said although they knew he was advanced in age, his death was still a surprise.

Grace Omaboe, popularly known as Maame Dokono, paid tribute to him saying “I knew him as the leader of the Adabraka Drama Troupe who also wrote their scripts. At a time when some actors led reckless lives, Ataa Mensah wasn’t like that. He was a decent and a responsible man.

“In all my life, I respect people who give their children education and have their own houses even if it is a one-bedroom house and Ataa Mensah was one of them,” she said.

According to Maame Dokono, who is the leader of the Obra Drama Group, she would usually meet Ataa Mensah and his group at GBC when they went for rehearsals.

“They were the best Ga Drama group and Ataa Mensah used to compose his own songs for the group, in fact, he was very good. For sometime now, I have not been seeing him and I didn’t know what he’s been up to only to hear about his untimely death. May he find rest in the bosom of his maker,” she stated.

For her part, actress Grace Nortey said she was not close to the late actor even though she learnt a lot from him.

“As part of the Ga Women’s Programme, his Ga helped me a lot, I learnt so much from him even though we never worked closely together. I followed him a lot as an actor though I didn’t know him personally,” she said.

The Daily Graphic also spoke to Mr Mike Amon-Kwafo, a former set designer at GTV who is currently on retirement.

“He was the leader of a group and I built sets for him, he was usually very co-operative and easy to work with. The last time I saw him was in 2015 when we gave him an award at the Television Awards Ghana held at the National Theatre.

“He used to have some really good expressions when he was acting, especially when he was playing his womanising roles.

“The drama thing was his passion because they were not being paid much and he had a very strong control over his group members, he wrote the stories for them and rehearsed the group. He was a very responsible married man and an astute actor, he will be sorely missed,” he said.