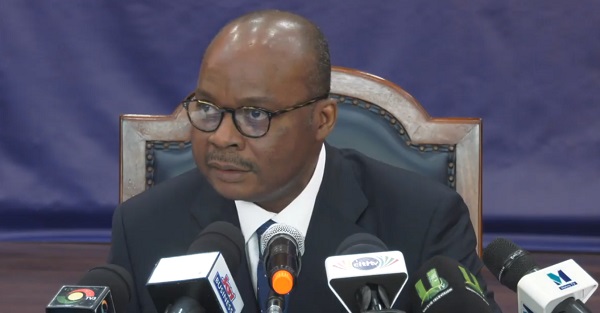 The Bank of Ghana is in the advanced stages of introducing a digital currency, the Governor of the central bank, Dr Ernest Addison has disclosed.

According to the Dr Addison, the e-cedi will go through three phases before it goes into circulation.

He said in the final stage, a pilot would determine whether the digital currency will be feasible before it goes into circulation.

"The Bank of Ghana was one of the first African Central Banks to declare that we were working on a digital currency looking at the concept of an e-cedi," Dr Addison said on Monday at a news conference in Accra.

"Yes, we are quite advanced in that process. As you know, with these types of things, you have to go at it in phases and the first phase was really on the design of the electronic money and the team that has gone quite far in the design phase, they are looking at the implementation phase.

From cowries to cedis

Stop speculating; Bitcoin not a bubble

Why African millennials can't get enough of Bitcoin

"After the implementation phase, we have a pilot phase where a few people would be able to use the digital cedi on the mobile applications and other applications that are currently running.

"From that pilot, we will be able to determine whether this is feasible and what sort of things need to be tweaked to make it work effectively".

E-cedi will be less volatile than Bitcoin

He also reiterated a warning to the public that the activities of cryptocurrencies were currently not regulated because of their volatility.

Dr Addison said cryptocurrencies such as Bitcoin were too volatile to play the function of money hence the need for a state-backed digital currency such as the e-cedi.

"You have seen the sharp changes in the valuations of some of these coins, the Bitcoin large, large swings in the value of the currency. The basic function of currency is for them to be used effectively as a medium of exchange or even as a unit of account, so when you have a currency whose value is so unstable, you really cannot use it effectively to meet any of the standard functions of money.

"This is why, I think there is a lot more emphasis on looking at digital money which is backed by the state, backed by the central banks. These private forms of money really are not able to perform the functions of money effectively".

A Central Bank Digital Currency (CBDC) is the digital form of a country’s fiat currency that is also a claim on the central bank. Instead of printing money, the central bank issues electronic coins or account backed by the full faith and credit of the government.

In April this year, China became the first major economy to introduce a digital currency, the digital yuan. China’s version of a digital currency is controlled by its central bank, which issues the electronic money.

It is expected to give China’s government vast new tools to monitor both its economy and its people as it negates one of bitcoin’s major draws: anonymity for the user.

It is also seen as an attempt to replace cryptocurrencies as it may be used internationally. The People’s Bank of China is aiming for increased domestic use of the digital yuan by the 2022 Winter Olympics in Beijing.