From cowries to cedis 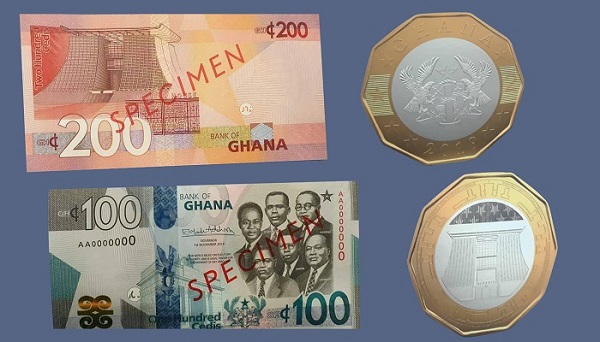 It is often said money rules the world. Undeniably, without money, we cannot acquire our heart’s desires.

If you are over 60, then you were born during the Gold Coast era and certainly will have fond memories of certain things which are no more or might be there but have no value any longer.

In the past we had departmental stores such as GNTC, Kingsway and UTC, which are no more.

As we celebrate the country’s 64th Independence anniversary today, we bring you the changing face of the Ghana cedi.

The name “cedi” was derived from the word “sedie,” meaning cowrie or shell money which gained popularity and wider circulation in the later part of the 19th Century. The “Pesewa” represented the smallest denomination (quantity) of the gold-dust currency regime. The name was chosen to replace the British Colonial penny.

According to the Bank of Ghana (BOG), prior to independence, the issue of currency was the responsibility of the West African Currency Board (WACB). The West African pound, shillings and pence constituted currency issued by the Board and was in circulation in Ghana until July 1958.

After independence, the new monetary authority, the Bank of Ghana, issued its own currency in the form of Ghana pounds, shillings and pence on July 14, 1958. With that issue, the BOG formally took over the issue of currency notes and coins from the WACB.

Currently, most of the banknotes have one portrait at the front that comprises six distinguished Ghanaians who spearheaded the struggle for Ghana’s independence. Also on the front is the Independence Arch, the symbol of the political independence of Ghana. 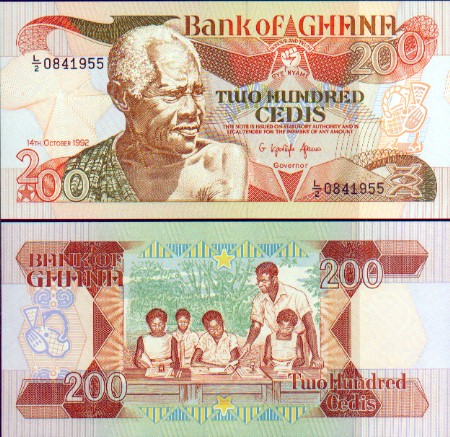