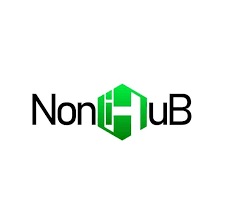 Stakeholder engagement on how to sustain the activities of small-scale and medium enterprises (SMEs) to adopt digital solutions to grow their businesses has ended at Dorimon in the Wa West District of the Upper West Region.

Under a project dubbed "Pog'ba (young females) in Digital Skills", which has already begun, was to build and strengthen the capacities of 50 young females to leverage technology through digitisation.

The Pog'ba in digital skills project was organised by Noni Hub, a non-governmental organisation focused on technology and entrepreneurial training with sponsorship from the German Agency for International Cooperation.

Addressing the participants, the Programmes Manager of Noni Hub, Mohammed Awal said the simple use of smart phones could be of use to perform business transactions with other individuals and exchange information around the world.

Through the project, he said, the young females would be equipped with the knowledge and application of digital devices for electronic commerce and business to manage their relationships with customers, suppliers and other external entities.

Mr Awal said the project had become necessary after a research they undertook in the area showed that most of the young females only used their mobile phones to make calls.

He hoped that the training of the young females would stimulate socio-economic activities and bring about an improvement in the lives of many people.

He said the selected 50 young females would be in two groups, each of which shall undergo a one - month training programme. They are made up of traders, weavers, seamstresses, soap makers and shea butter, honey and dawadawa processors.

The Chief of the area, Naa Yendau Dong Isaac III expressed his satisfaction about the project and pledged that they would do everything in their power to ensure its sustainability to allow more of their young females to benefit from it.

Some of the female beneficiaries expressed their joy about the project and said it had served as an eye-opener on the realisation that mobile phones could be meaningful and useful to them than just for making calls.

The beneficiaries were provided with meals daily and stipends as part of the package to ensure their regular attendance.