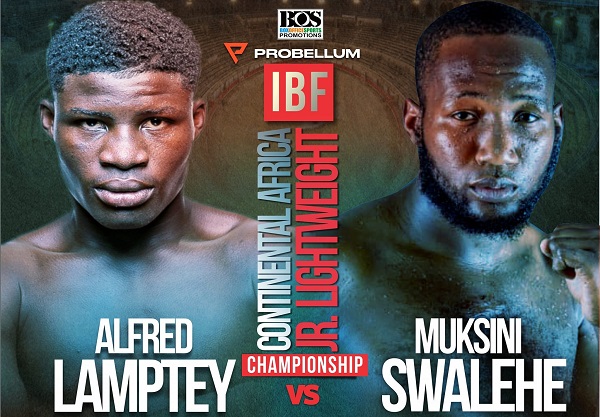 The 20-year-old prospect expresses the hope of clinching an emphatic win as he looks to continue pushing to the top of the division.

“I am ready for the fight and as you can see, I have been training hard for Swalehe,” an undefeated Lamptey (10-0, 8 KOs) told the Graphic Sports.

“It is not going to be an easy fight but you have to be ready to face any opponent in the ring if you want to be a champion,” he stated.

The night is expected to throw up other exciting bouts with 23-year-old sensation, Henry Malm (4-0, 4KOs) locking horns with Joseph Tagoe (2-1, 2KOs) in a six-round welterweight contest.

Issifu Yusiff Seidu (7-0, 7KOs) will battle Isaac Dowuona (8-3, 6KOs) in a 12-round super featherweight contest, while Sheriff Quaye and John Laryea fight in the lightweight and featherweight divisions, respectively, against yet-to-be-named opponents.