Radio host Adakabre Frimpong Manso says he accepted to be the running mate of the founder and leader of the Ghana Freedom Party (GFP), Madam Akua Donkor because of her innovative socialist ideas.

According to the Neat FM radio host, although Madam Akua Donkor is not highly educated she has a lot of "home sense" which he says have influenced government policy since 2012.

He said many government policies such as the Free Senior High School (SHS) policy and the recent increase in the farm gate price for cocoa by 21% were first proposed to Ghanaians by the GFP flagbearer who he insists has been unfairly tagged as a comedian by a section of the public.

Why Akua Donkor was arrested in Kumasi on Monday

Akua Donkor (aka Tundra, aka Nye no no) - Leader and presidential aspirant

"At the launch of her manifesto she talked about given GHS10,000 per tonne as the price of cocoa, less than 10 days later the current government led by Nana Akufo-Addo gave out GHS10,000 per tonne of cocoa. So, you can tell that you can think of Akua Donkor as a comedian but she has a lot of home sense. She may not be highly educated but she has a grasp of what the ordinary Ghanaian requires".

He also disclosed that he has been a registered member of the GFP since February 2020. The broadcaster currently hosts an afternoon radio program, Me Man Nti on Neat FM, an Accra-based local language radio station. 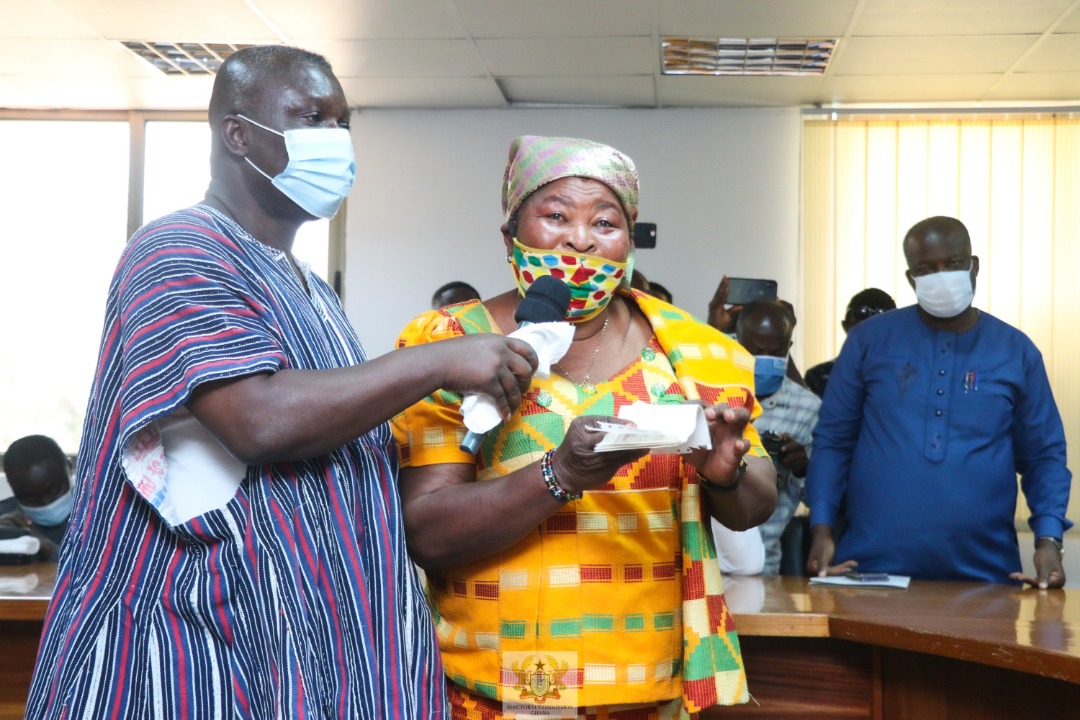 Mr Adakabre disclosed that the GFP flagbearer foresaw an increase in the Electoral Commission's filing fees in 2016, so she to set aside funds to contest the 2020 polls.

He disclosed Madam Donkor had stashed GHS120,000 in multiple accounts for that purpose so she faced no challenge when she had to pay the GHS100,000filing fee today.

"Akua Donkor has monies lodged in her accounts at the GCB and has party accounts as well and when she showed me those documents and the days that she had started saving because during the previous election in 2016 she had to pay GHS50,000, so she might have thought she will be required to pay GHS50,000 in 2020 and had stashed GHS120,000 in her accounts and has demonstrated that she is a woman who can calculate and think ahead, she is a futuristic person who could tell that money could become the issue this time around... She is a farmer and she is a mother".

He also stated that Madam Akua Donkor owns at least four vehicles and could not have stolen a Tundra vehicle from the founder of the Progressive People's Party, Dr Papa Kwesi Nduom.

"I introduced Akua Donkor to Papa Kwesi Nduom and the deal at a point went sour and they parted ways and there is no issue about stealing a Tundra. Akua Donkor has four vehicles that I know of, she is a woman of substance and she would not need to steal anybody's vehicle".