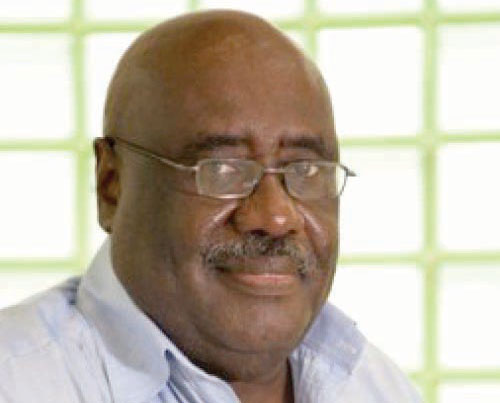 The international audit firm, KPMG, which has been appointed by the Supreme Court to audit pink sheets in the ongoing election petition may submit its final report before the court resumes sitting on Monday, June 24, 2013.

According to a Senior Partner of KPMG, Mr Joe Winful, the firm was working feverishly to complete the assignment.

KPMG was appointed by the Supreme Court on May 9, 2013 to audit pink sheets submitted by the petitioners challenging the results of the December 2012 presidential election.

It completed auditing the first set of pink sheets submitted to the court registry, issued a draft report and requested parties in the petition to respond to the report.

However, the court, on June 5, 2013, directed that the pink sheets of the president of the panel should be used as control mechanism in the audit.

As a result of that, the Supreme Court, on June 13, 2013, adjourned proceedings to Monday, June 24, 2013 to enable the audit firm to complete its work to allow parties to rely on the report to make their case for and against the annulment of more than four million votes.

In an interview with the Daily Graphic, Mr Winful said the firm appreciated the excitement of Ghanaians in knowing the outcome of the audit, stating that KPMG was working diligently to come out with an assiduous report that would be acceptable to the court and all the parties in the petition.

On the speculation that the firm had completed its work, Mr Winful explained, “It is a continuous process which includes the inculcation of the audit of Mr Justice Atuguba’s pink sheets into the final report.”

He declined to give details, out of respect for the court, and gave the indication that the court would certainly make the report public when the time came.

Mr Winful declined to dabble in the raging disagreements between the petitioners and the respondents over the pink sheets, firmly stating, “We are only referees appointed by the court. Our duty is to do our work and submit our report to the court.”

According to him, KPMG was not swayed by side comments pertaining to the dispute surrounding the actual number of pink sheets submitted by the petitioners.

He indicated that it was understandable that Ghanaians enjoyed discussing political issues but maintained that KPMG had resolved to contribute its quota to Ghana’s budding democracy by working tirelessly to produce a diligent and acceptable report.

‘We will testify when the need arises’

Responding to the probability that an officer from KPMG might be invited to testify on how the audit was conducted, Mr Winful said the firm was ready to give evidence and defend its work when the need arose.

He said the counting of the pink sheets was done in the presence of representatives of the petitioners and respondents.

The writing of the final report, he explained, was the sole preserve of the audit firm and indicated that the representatives of the parties in the case were, therefore, not needed at that stage.

The form on which the statement of poll and the declaration of results for the office of President and Parliament are recorded is known as the pink sheet.

It is so called because it is pink- coloured.

The issue of the actual number of pink sheets submitted by the petitioners had become a thorny and delicate one for weeks because the petitioners and respondents had given varied figures.

While the petitioners insisted they served 11,842 pink sheets on the Supreme Court Registry, the respondents, namely, President John Dramani Mahama, the EC and the NDC, held different views.

Counsel for the President, Mr Tony Lithur, had argued in court that he received 8,579 pink sheets, while counsel for the NDC, Mr Tsatsu Tsikata, said his client had taken custody of about 8,000 pink sheets.

The EC, for its part, had not come out clearly on the number of pink sheets it had received, but its lawyer, Mr James Quashie-Idun, also informed the court that his client took custody of less than 11,842 pink sheets.

Aside those disagreements, lawyers for the President and the NDC, in a letter dated May 21, 2013 and addressed to KPMG, alleged that 10 additional boxes had been added to 24 already inspected boxes.

But lawyers for the petitioners, on the other hand, strongly opposed the allegations of the two respondents.

While a former Deputy Attorney-General and Minister of Justice, Ms Gloria Akuffo, denied the claims of the respondents and described them as totally false, Mr Philip Addison, lead counsel for the petitioners, stated that the allegations by the two respondents were part of their many cooked-up stories which must be ignored.

So far, Dr Mahamudu Bawumia and the General Secretary of the NDC, Mr Johnson Asiedu Nketia, have testified for the petitioners and President Mahama/NDC, respectively.

The Chairman of the EC, Dr Kwadwo Afari-Gyan, began giving his evidence-in-chief on Thursday, May 30, 2013 and is currently being cross-examined by Mr Addison.

The petitioners have alleged that the December 7 and 8, 2012 presidential election was fraught with malpractices of over-voting, non-signing of pink sheets by some presiding officers or their assistants, voting without biometric verification and duplicated serial numbers of pink sheets.