Profile: Who is George Kwabena Abankwah-Yeboah 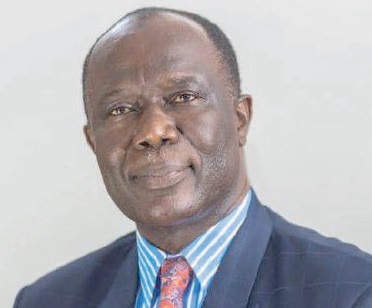 Bringing everybody on board to work together in a spirit of oneness for victory 2024 and beyond is the key objective of George Kwabena Abankwah-Yeboah, one of the key contenders for the position of National Chairman of the New Patriotic Party (NPP).

Campaigning under the slogan “Victory 2024 and beyond”, Mr Abankwah-Yeboah, who is a product of Achimota School, said he had many plans to energise the party through training and empowering members.

Beyond the training, he said he would use his experience to impart skills on the youth and women to equip them as well as propel them up to start their own businesses.

“That is how to achieve victory for the NPP in 2024 and beyond,” he stated.

Aside from that, he has pledged to create equal opportunities for members of the party to improve upon themselves and also recognise and reward hard work and loyalty at all levels of the party structure to motivate people to serve the NPP wholeheartedly.

Mr Abankwah-Yeboah, who has served eight years as national treasurer of the party, said he would establish viable party businesses in all the 16 regions for the running of the party.

Sharing his perspectives on his aspirations to be national chairman,

Mr Abankwah-Yeboah, who is a pharmacist, said he would replicate his achievements as national treasurer when elected national chairman.

He cited the opening of official bank accounts for every constituency, direct disbursement of funds from the national headquarters to those accounts and the purpose for which those funds were to be used.

A founder member of the NPP in 1992, Mr Abankwah-Yeboah said as national chairman, he would create a comprehensive welfare system to capture present and past executive members at all levels.

Mr Abankwah-Yeboah, who is the Chief Executive Officer of Sharp Pharmaceuticals, said under his tenure as national treasurer, he settled all outstanding debts inherited from the previous administrations.

He said he would uphold party discipline in a fair and open manner, stressing that “the party needs a leader who is neutral and unbiased in his judgement. He should be able to bring discipline with love and not hatred.

He should be able to reconcile all factions.”

He stated that he would show transparency and a readiness to share information as evident in the text messages he sent to all constituencies anytime funds were paid into constituency accounts and what it should be used for.

While congratulating the outgoing chairman, he said it was time for the party to have a leader with a difference.

“We need a leader who is strong, fair, open and has a listening ear and will create an equal playing field for all party members, especially those seeking to contest in parliamentary and flagbearship primaries,” he stated.

“As national chairman, I will be fair and neutral, especially in the conduct of primaries for parliamentary and flagbearship so that all candidates will be happy with the outcome to move the party forward,” Mr Abankwah-Yeboah
stated.

“I will not want to lead a divided party. I will ensure that I bring all factions together and decisions are fair to all parties,” he stated.

Touching on the government’s decision to seek support from the International Monetary Fund (IMF), Mr Abankwah-Yeboah, who is a member of the Christian Evangel Assemblies of God, Adabraka, said Ghana was blessed with the NPP because anytime there was crisis in the country, it was always the party in power.
“But in these, we successfully resolved the crisis,” he said, while noting that under former President J. A. Kufuor when there was fuel crisis all over the world, the government managed it with ease without motorists queuing for fuel.

He said President Nana Addo Dankwa Akufo-Addo’s successful handling of the COVID-19 pandemic, and even with the Russian invasion
of Ukraine, there was no queuing for food nor restrictions on items that one could purchase in the country and that showed that the NPP had often managed the economy well and better.

Mr Abankwah-Yeboah stressed that the IMF support was only to help the country balance its debts and payments.

On the increase in the price of food items, he explained that it was an annual cycle, especially between February and June each year, “but it is
transient and by August – September, prices will normalise”.

“We have two-and-half years to go to the elections and time will tell. I am very optimistic that the country will be back on its feet by the close of next year,” he stated.

He urged Ghanaians to have hope in the NPP and support it for a good cause.

He said the NPP was poised to continue with the good works initiated by President Akufo-Addo in 2025 that would fi rm up all the policies that were being implemented for the country and the welfare of the people.