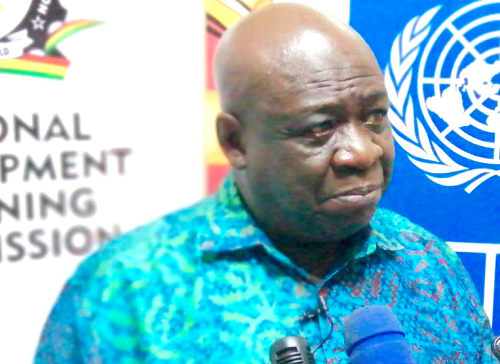 Metropolitan, Municipal and District Assemblies (MMDAs) have been urged to collaborate for the development of the country.

The Director-General of the National Development Planning Commission (NDPC), Dr Kodjo Esseim Mensah-Abrampa, said it should be possible for district assemblies to put their resources together to set up factories and produce to feed the African market.

He said there was a huge market for local products under the African Continental Free Trade Area (AfCFTA) Agreement, which, according to him, presented an opportunity for district assemblies to work together rather than compete with one another.

Dr Mensah-Abrampa, who was speaking at the Trade Stakeholders’ Conference organised by the NDPC in Kumasi, said it should be possible for the district assemblies and even a region to have joint projects “as some of the production chain goes beyond one district”.

The conference was organised by the NDPC for the MMDAs to deliberate on how they could take advantage of the AfCFTA and also identify the challenges that were impeding their participation in the regional trade agreement and seek their views on the integration process.

Dr Mensah-Abrampa said the involvement of the district assemblies was critical in the pursuit of AfCFTA.

“Much as it is responding to our national development of transforming the industrial sector, modernising agriculture and also improving upon our trade infrastructure in general, it is also pertinent that we look at the bid opportunity which has been opened to us by AfCFTA,” he stated.

He said the district assemblies ought to leverage on the opportunity created by AfCFTA to attract some of the investments to develop and build the local economy.

“It is only when we take advantage of this that we can also be able to enhance our comparative advantages,” he stated.

For his part, the Head of Ghana AfCTA Coordinating Office, Dr Fareed Arthur, said the impact of the agreement would be measured by the increase of volume of trade and the number of “companies that are able to take advantage of it”.

After seven months of the implementation of the agreement, he said there was the need for Ghanaian companies to take advantage of it and export to other countries on the continent and expand their market.

He said the country stood to derive other benefits from the agreement as it could serve as basis for industrialisation.

“So we are now looking at the index on value addition that our companies would start putting onto their values in the process of trying to access the African market.

According to him, there was nothing new under the AfCFTA with regards to the requirements for export of goods and that all requirements would have to be followed and the additional requirements were that all goods must be produced in Africa or have at least 30 per cent value addition in Africa to qualify to trade under AfCFTA.

That, he explained, was to discourage dumping and unfair trade and unlike other agreements, “the AfCFTA is considered as the only one that has a clear cut protocol on dispute resolutions at various levels and this dispute resolution comes with sanctions and other measures to ensure that enforcement is made”.