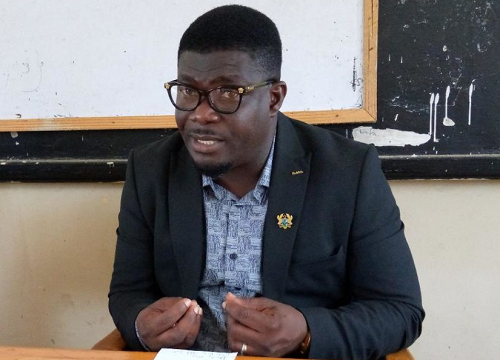 The Kwabre Youth Development Forum (KWADEF) has called for the retention of Mr Christian Adu-Poku as the District Chief Executive (DCE) for Afigya Kwabre South.

According to the youth, considering the current state of development, the state of ongoing projects coupled with the peace and unity in the district were among the reasons for Mr Adu-Poku to be retained.

At a press conference addressed by the Vice Chairman of KWADEF, Mr David Twumasi, it said although the DCE spent only two and half years in office, the impact the DCE made was unparalleled and, therefore, called for him to be retained to continue with the progress he was making for the good of the district.

“We are grateful to the President for giving us such a wonderful and a forward looking leader, who is poised to transform Afigya Kwabre. We have the firm belief that our leader will reappoint Mr Adu-Poku to continue his good works,” he said.

Mr Twumasi described the DCE as a “down to earth person who operates an open door administration which gives us the opportunity to visit him at any point in time, he listens to your issues and finds solution to them if it is within his means”.

He, therefore, called on the leadership of the party to reason with the youth before choosing the DCE for Afigya Kwabre South District in the interest of peace and progress.

Among the innovations introduced by the DCE is the introduction of Kwabre Development Fund which led to the imposition of taxes on the operations of quarries in the district leading to the assembly doubling its internally generated funds.

The introduction of the quarry development fund has helped the assembly to undertake development projects such as the construction of bridges.