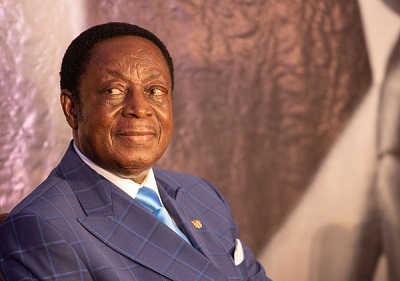 An aspiring flag bearer of the National Democratic Congress (NDC), Dr Kwabena Duffuor, has expressed his readiness to work with the newly elected National Youth and Women's Organisers of the party if elected.

That, according to him, with the support of the youth and women wings of the party, would ensure NDC's victory in the 2024 general election.

Dr Duffuor, a former Governor of the Bank of Ghana, who was also the Minister of Finance and Economic Planning, expressed his readiness to work with the party in an interview with the Daily Graphic in Koforidua, the Eastern Regional capital yesterday.

It was shortly after the re-election of George Opare Addo as the National Youth Organiser of the party and Dr Hanna Louisa Bissiw, who retained the National Women's Organiser position at the elections held at Cape Coast last Saturday.

In a congratulatory message to the two, Dr Duffuor asked the women's wing and all other candidates to also work together in unity.

He also commended the delegates for ensuring a peaceful and competitive elections, adding that such a situation would promote togetherness within the rank and file of the party to further improve its fortunes for the 2024 polls.

Dr Duffuor also called on all those who lost the elections to rally behind the winners, since the election was a family contest.

"The NDC had its national women's and youth elections, and when you look at how the event turned out, I congratulate the party's leadership and organisers for holding a peaceful and competitive election," he stated.

Dr Duffuor indicated that as an experienced politician, a banker and a unifier, he would definitely bring the party to power when given the chance to lead it.

He, therefore, called on Ghanaians to rally behind the NDC to help guarantee its victory at the 2024 general elections to ensure the party continues with its good works which were halted it lost power in the 2016 and 2020 elections.