Apologise to citizens over election petition - NPP to John Mahama 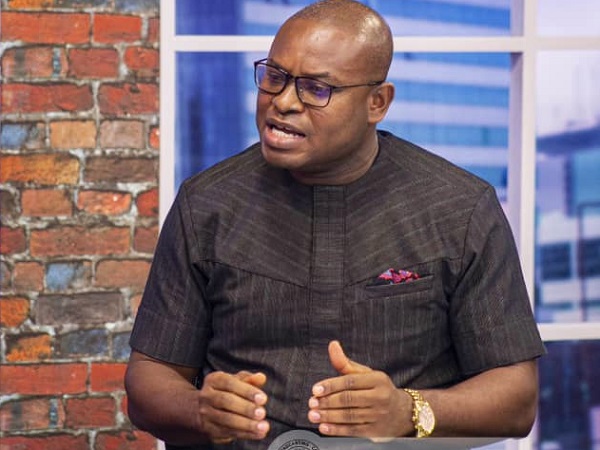 The New Patriotic Party (NPP) has called on the National Democratic Congress (NDC) and its 2020 presidential candidate, former President John Mahama, to render an unqualified apology to the judiciary and the citizenry for what it said was its (NDC’s) deceptive election petition.

The NPP said it was the height of misconduct for former President Mahama and the NDC leadership to lie to their supporters that they had won the elections and asked them to come out and jubilate.

“They virtually asked them to seek redress on the streets because the Electoral Commission (EC) had cheated them, which their supporters also blindly followed, terrorising innocent Ghanaians, burning markets and destroying private and public property.

“They also wasted time and resources of the court for months when they knew they had no case. That conduct alone could have plunged the nation into chaos and made nonsense of the enviable reputation of Ghana as the beacon of democracy in Africa,” it said.

“That was not all; the NDC Members of Parliament (MPs) led by Haruna Iddrisu, also hit the street and stormed the EC premises, knowing all along that they had lost the election fair and square,” a statement signed by the Communications Director of the NPP, Richard Ahiagbah, said in Accra yesterday.

“The NPP finds this conduct of the NDC leadership not only unpatriotic but also very disgraceful and unconscionable,” the statement said.

In a leaked audio recording, it said the NDC General Secretary, Johnson Asiedu Nketia, who was addressing some party executives, stated emphatically that even though they knew that their party (NDC) had lost the 2020 general election on fair grounds, and therefore did not have any cause of action, they still went ahead to deceive their supporters and lie to Ghanaians that the election was rigged and petitioned the Supreme Court under false pretences.

It said the NDC’s motivation for embarking on this serpentine path, according to Mr Asiedu Nketia, was purely for political expediency, as they were only seeking to avoid taking responsibility for their election defeat.

It added that Mr Asiedu Nketia said the NDC leadership knew at all material times that they had no evidence to challenge the outcome of the 2020 general election but were hoping they could rely on the perceived weaknesses of the EC's testimonies to make a case.

The statement said the NDC, led by former President Mahama, vigorously embarked on a campaign of hate against the judiciary, scandalising and attacking the very integrity of the justices simply because they judged rightly that his petition lacked merit.

“On the strength of the NDC's own confession, the NPP invites Civil Society Organisations, political watchers and indeed all well-meaning Ghanaians to join the NPP in demanding an apology from former President John Mahama and the NDC leadership for this disservice to the country, which risked our democracy,” it said.

“Our country has come a long way in our democratic journey, and as stakeholders, we are all expected to protect and defend this enviable feat which has made Ghana, a shining example to other African countries and the world,” the statement added

“With their confessed deceit in the 2021 Election Petition, the next time the NDC claims they have been cheated in any election, no one should take their word for it, especially in 2024,” it stated.