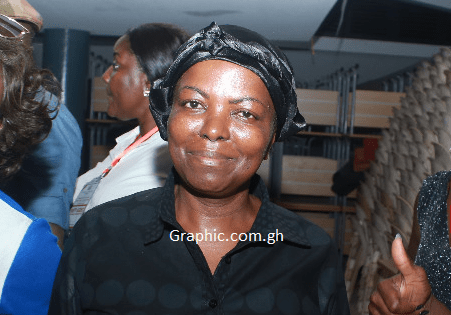 The newly elected Member of Parliament for Ayawaso West Wuogon (AWW) Constituency, Ms Lydia Seyram Alhassan, has advised Ghanaian women not to shun politics despite the challenges of insults, name calling and denigration that they have to go through when they enter into mainstream politics.

“Women (by the role they play in society) have a lot to contribute to nation building and it is time for all women to support each other in this enterprise,” she stated.

Speaking to the Daily Graphic at her residence at the weekend, Ms Alhassan observed that “women suffer a lot of injustices when they enter into politics but that should not discourage them; they should rather focus on their positives and make an impact on the well being of society.”

The Daily Graphic had elicited her motivation into politics, her role in the house of the legislature and her views on the minority’s boycott of her induction last week.

It would be recalled that the Minority did not only boycott her induction but also held placards some of which had the inscription “Bloody Widow”.

Sharing her views on the “bloody widow” tag, she stressed: “I am human and as much as I want to put it behind me and move forward, I felt devastated, treated unjustifiably and unfairly. Till date I am unsure what that tag meant. Whether it referred to the death of my husband or the incidents that happened at La Bawaleshie on the day of the by-election at the constituency.”

She recalled that throughout her induction proceedings in Parliament, she had to hold herself together.

“Within me I bled. Watching the news on television with my children later, one of them asked: “Mummy, are they calling you bloody widow? And this came from Members of Parliament who paid glowing tributes to my children’s father. I bear no grudges. I have forgiven those involved in these insults and name calling and I have also forgiven myself and I hope that those involved will do the needful,” she stated.

She further advised that it was about time we stopped the negative politics of insults and verbal abuse and did decent politics in the country.

Say no to verbal abuse

According to Ms Alhassan, “In Ghana people erroneously think that it is when they engage in politics of insults that they will get front line positions.”

In her view, it is only hard work and commitment that would move a person up.

She added that “if I can go through all the pain and disgrace, every woman can also do active politics and aspire for leadership roles.”

She regrettably noted that some of those insults did not always come from men but from women themselves and appealed for support from women to help the cause of women in politics.

“The whole nation should rise up and condemn politics of abuse, she advised.

“If women bring their skills and experiences to bear on politics, this nation will do very well,” she stated.

Following the violent attacks and shootings that marred the beauty of the Ayawaso West Wuogon Constituency by-election on January 31, 2019, the government has set up a Commission of Enquiry to investigate the violence.

On the work of the Commission, chaired by Justice Emile Short, Ms Alhassan said she was hopeful that the commission would carry out its work without fear or favour so that the perpetrators would be brought to book for justice to be served.

A former Dean of the Faculty of Law of the Ghana Institute of Management and Public Administration (GIMPA) and a private legal practitioner, Mr Ernest Kofi Abotsi, is the Secretary to the commission.

On what she was going to do as a Member of Parliament for the Ayawaso West Wuogon Constituency, she said her focus would be on the training and empowerment of women, children and the youth.

She mentioned security, sanitation, issues of slums as some of the challenges facing the “elite community.”

She disclosed that she was working with the Legon, East Legon, Dzorwulu and Tesano police stations to improve security in the area and added that the police had intensified night patrols.

She also indicated that scholarship schemes had been rolled out for needy, brilliant students.

As a long-term project, she indicated the setting up of an Industrial park and a night market to help women sell their wares.