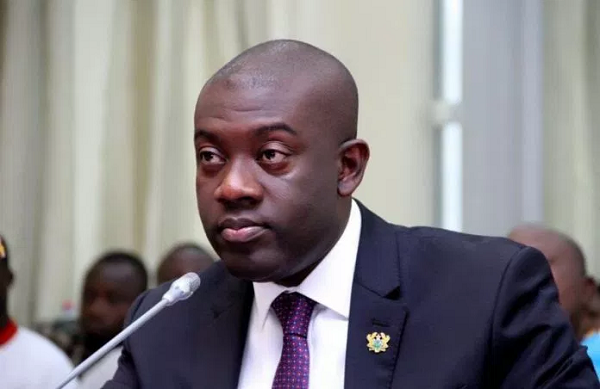 The Minister of Information, Mr Kojo Oppong Nkrumah, has described those questioning the legality of the Presidential Commission of Inquiry set up to investigate the violence that characterised the Ayawaso West Wuogon by-election as people grossly misinformed of the law

Addressing the press at the just-ended national security stakeholders’ dialogue at Peduase near Accra, Mr Nkrumah said “The executive instrument for the Commission of Enquiry was dated February 6, 2019, and issued by the command of President under the signature of the Vice President, Dr Mahamudu Bawumia.

The two-day dialogue created a platform for security experts to deliberate on emerging security threats in the country such as political vigilantism, armed robbery, kidnapping, murder and terrorism.

The participants included heads of security agencies, officials of the ministries of National Security, Defence, Interior and the Attorney General’s Department as well as representatives of civil society organisations and academia.

Refuting the argument that the President did not follow the right procedure in setting up the Commission of Enquiry, Mr Nkrumah cited a Supreme Court from 2012.

He stated that the apex court was quite clear that there were two types of constitutional instruments required for the establishment of a commission of enquiry.

“There are those that are of the nature of rules and regulations which are laid before Parliament to mature in 21 days and if you have one that is in the nature of instrument, you do not require laying in Parliament for 21 days,” he the court as saying.

The minister, therefore, emphasised that there was the need for proponents of the flawed argument to make enquiries to ascertain whether the various commissions of enquiry established in the past were laid before Parliament for 21 days before they assumed legality.

He added that soon the members of the Commission of Enquiry would be sworn into office to begin their investigations and the Attorney-General would assign officers to the commission to serve a summons on witnesses.

“For us, the important thing is to have an independent commission with these powers that can do a decent job for everybody to see the antecedents, the facts and the sanctions they come with. process is what will help us as a country,” he added.

In a recent interview with an Accra-based private radio station, the General Secretary of the opposition National Democratic Congress (NDC), Johnson Asiedu Nketia, said the whole idea of the Commission was flawed at birth because the president did not follow the right procedure in setting it up.

He was of the view that a constitutional instrument should be laid before Parliament for 21 days before a commission was established.