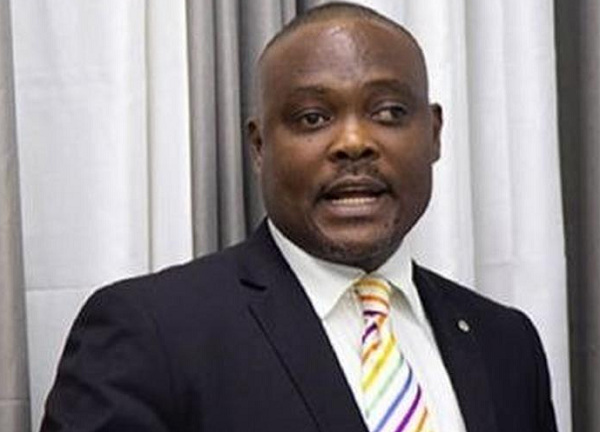 The constituency borders on the main Accra-Cape Coast-Takoradi trunk road, including every community along the stretch from the Aggrey Memorial School to the bridge before Elmina.

By estimation, the Cape Coast North constituency has about 95,000 residents.

Created in 2012, the Cape Coast North constituency has over the years, witnessed a mixed bag of development in all sectors.

They observed, for instance, that factories to create employment and boost economic activities in the constituency were relatively low.

The people in the constituency are predominantly Fante-speaking, although there is a fairly cosmopolitan mix of other tribes living and working in some areas of the constituency.

It, however, has a large Ewe-settler community at Duakro and Abakam near the University of Cape Coast.

It, therefore, had its first representation in Parliament in 2012.

The National Democratic Congress (NDC)’s Ebo Barton-Odro became the first Member of Parliament (MP) for the constituency, when he won the 2012 parliamentary election.

In the 2016 election, however, the New Patriotic Party (NPP’s) Barbara Asher Ayisi snatched the seat from the NDC.

She, however, failed to maintain the seat for the NPP in the 2020 election, losing it to the NDC’s Dr Kwamena Minta Nyarku, known in the constituency as “Ragga”, the current MP.

The Duakro and Abakam communities, noted for voting en bloc for the main opposition NDC, often influence the dynamics of the political landscape in the constituency.

In recent times, the constituency has also seen a relatively large influx of Nigerian settlers.

In 2024 election, where the political pendulum will swing to is what keen obsevers are closely monitoring. 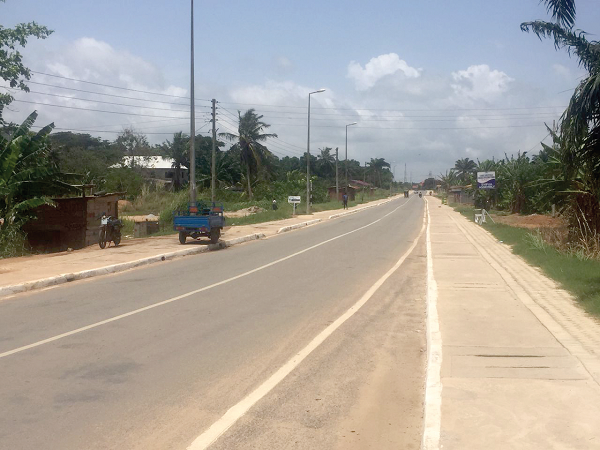 The MP for the constituency, Dr Nyarku, told the Daily Graphic he had worked to improve many communities through the provision of infrastructure, educational support and building the capacity of many of the constituents.

He said he had donated water storage tanks to communities, including Dehia, Apewosika and Brabedze, to ease the water situation in the area while providing about 300 street lights for the constituency.

In addition, the MP said he had organised a training programme for dozens of youth in bio-digester construction, detergent production and other income-generating activities to help constituents earn decent incomes.

Besides, he had renovated some Community-based health Planning and Services compounds and basic schools which were in deplorable conditions.

Dr Nyarku said in the subsequent years of his tenure, he was hopeful to increase capacity building and training initiatives to reduce unemployment levels, refurbish schools, health facilities, build boreholes and support schools with desks and computers.

He also intends to initiate the construction of an astroturf football pitch and a factory in the constituency. 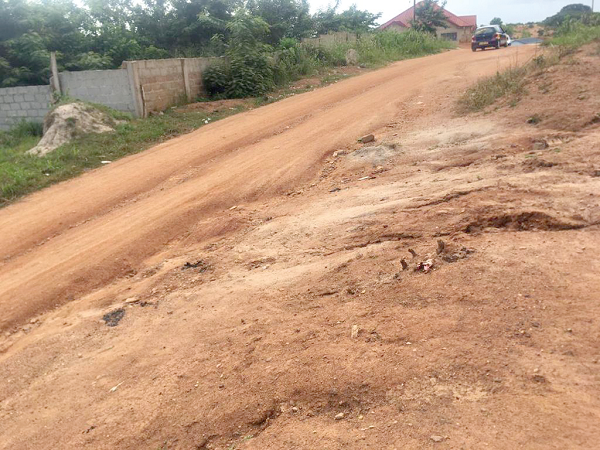 Recently, the Vice-President, Dr Mahamudu Bawumia, inaugurated a 22-kilometre Cape Coast Inner City road project, which has, to a great extent, improved access to some communities.

The works included the construction of roadside drains, culverts, earthworks, double surface dressing and speed calming devices around schools and other locations identified along the roads.

The roads also have walkways, markings and road signs.

Two traffic lights have also been installed in the constituency to improve road safety.

Statistics made available to the Daily Graphic from the Regional Urban Roads Department indicated that since 2020, 4.12km of drains have been constructed in and around Eyifua Estate and Kwaprow.

Also, there has been 12.9km of asphalt overlay at Nkanfoa, ICC and Kwaprow areas and 3.6km of surface dressing around Cape Tech and Pedu Estates.

He indicated that the assembly also facilitated the completion of Nkanfoa Vocational School and the construction of a bridge to link Essuekyir to Ebubonko.

The assembly, he said, had also supported the rehabilitation of educational and health facilities in the constituency.

Mr Yeboah said the constituency had a warehouse built as part of the One-District, One-Factory (1D1F) initiative to help store foodstuffs and reduce post-harvest losses under the project.

In addition, two places of convenience had been built at Kakumdo and Egya Ohenbir under the one-million-dollars- per -constituency programme.

Some of the residents, however, said they lacked factories in the constituency under the 1D1F initiative.

That, they said, had contributed to the high unemployment level in the constituency, adding that it could be reduced if jobs were created as promised under the 1D1F initiative.

The youth expressed worry about the high unemployment rate in the metropolis, saying it was a security issue.

“Many of our young men are engaged in all sorts of vices because they are hungry and need to survive,” a resident of Abura, Kweku Atta, said.

"The government promised to create jobs for the youth to make our lives better. We are yet to see the promise,” he added.

One million dollars per constituency

The youth in the constituency stated that they had not felt the impact of the one-million-dollars-per-constituency projects promised by the government.

“We need to see that the $1 million promised Cape Coast North is used to build factories to employ the increasing numbers of unemployed youth.

The one-million-dollars per constituency is a flagship government initiative to address critical infrastructure in all the 275 constituencies across the country.

Another resident of Abura and mason, Thomas Ackah, said though some roads had been constructed, some were beginning to deteriorate, adding that there were many others roads in poor condition.

He said some roads around the CCTU junction to Esuekyir were in deplorable states, while others which were constructed a few years ago had begun to deteriorate at a fast rate.

A resident of Bessakrom, Vida Koranteng said it is terrible at Bessakrom New Site. The roads are bad and we appeal to the assembly and government to come and help," she said.

A resident of Abura Baaware, Nana Aba Obusu, said assembly members campaigned on the promise of providing drains but failed to ensure they were provided.

She noted for instance that there were no drainage systems in and around Pedu Estates to Abura Baaware.
She also complained about the lack of dustbins in the communities.

“I have seen dozens of dustbins at the Cape Coast Municipal Assembly while we don’t have some in our communities, and I don’t understand this," she said.

She said the road from Little Saint to Baaware was also in a very deplorable state.

“I close at 8p.m. and cannot walk because there are no street lights, making theft a worry for residents,” she added.

Another resident of Abura New Town, Kwabena Tuffour Poku, said it was worrying that development activities and infrastructure were lacking in the area.

He said the road to his area was done by residents and it made the area inaccessible for residents, especially during the rainy season.

He said the owner of FEDEP Preparatory had, together with some residents, worked to improve the drains around the Academy-Abura New Site.

“We will not wait for the government for anything. We will do our bit. We cannot wait on the government. We don’t know how long it will take," he said.

It also has some of the renowned senior high schools, including Wesley Girls’ High School, Ghana National College and the Cape Coast Technical Institute.

In the area of health, the constituency has the Cape Coast Teaching Hospital, popularly called Interbeton, the University of Cape Coast Hospital and other smaller health facilities in the communities.

Many urban developments are also happening rapidly in the Cape Coast North Constituency.

The constituency is also privileged to have the Cape Coast Stadium which has in recent times played host to many international and local football matches and events.