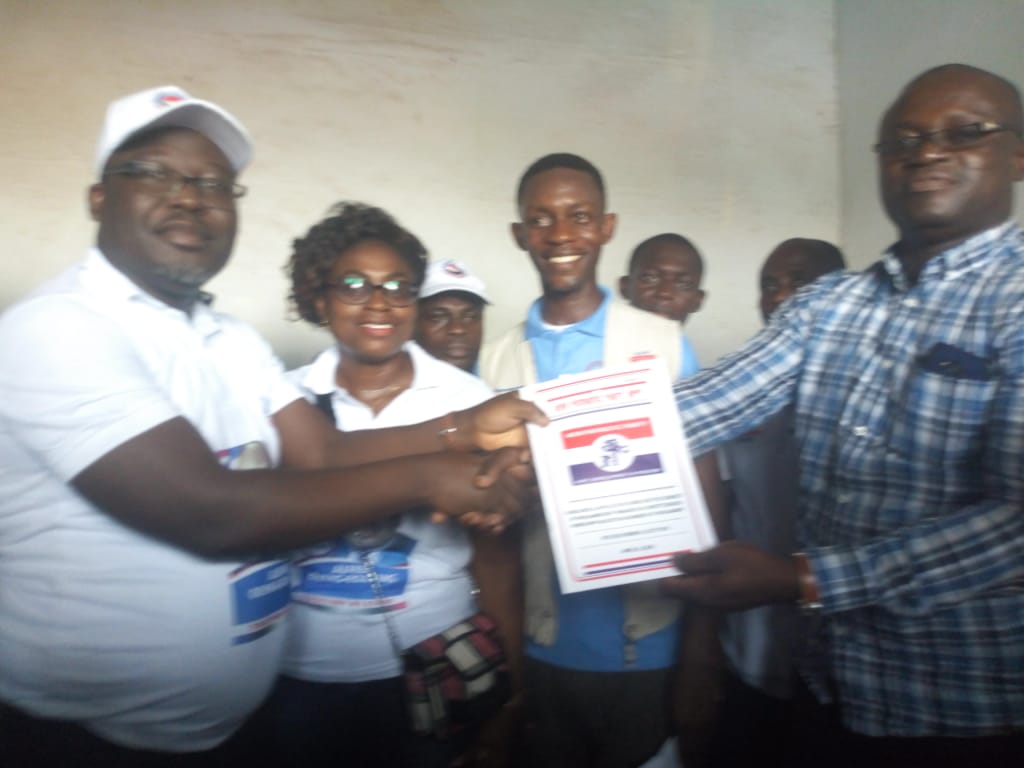 He picked his nomination forms on Thursday [January 30, 2020] and expressed confidence that he will win the day at the Extraordinary constituency delegates Conference.

He will slug it out with the incumbent Member of Parliament (MP) and Western North Regional Minister, Mr Kingsley Aboagye Gyedu.

Speaking to Graphic Online from Bibiani after picking  his nomination form, Mr Obeng Boateng said the crowd that followed him to pick the nomination form was ample testimony that he was cruising to victory.

“It also shows that I am the right candidate to win the constituency for the NPP in the December elections. Among the multitude of people were 600 out of the 700 delegates who will vote to pick the parliamentary candidate,” he said.

According to Mr Obeng Boateng who is the CEO of Approachers Group of Companies, all the 600 delegates were in a common outfit to prove a point.

His decision to contest the primary, according to him, follows a call on him by many party members and opinion leaders in the constituency to represent them in Parliament.

Mr Obeng Boateng said his love for the constituency has seen him coming out with many development initiatives.

Last year for instance, he donated three brand new pick-up vehicles to the police in Bibiani, Sefwi Bekwai and Sefwi Wiawso to enhance their work

He also gave a 110 kva generator valued at GH¢120,000 to the Bibiani Government Hospital.

Again on December, 31, 2019 he launched a job enhancement programme in the constituency to give skills training to the youth with formal education.

He said he was not perturbed about the propaganda by his detractors using the termination of his appointment at BOST as a campaign tool.

Mr Obeng Boateng said he was cleared of any wrongdoing by the appropriate state institutions and no amount of propaganda against him would stop the delegates from electing him.